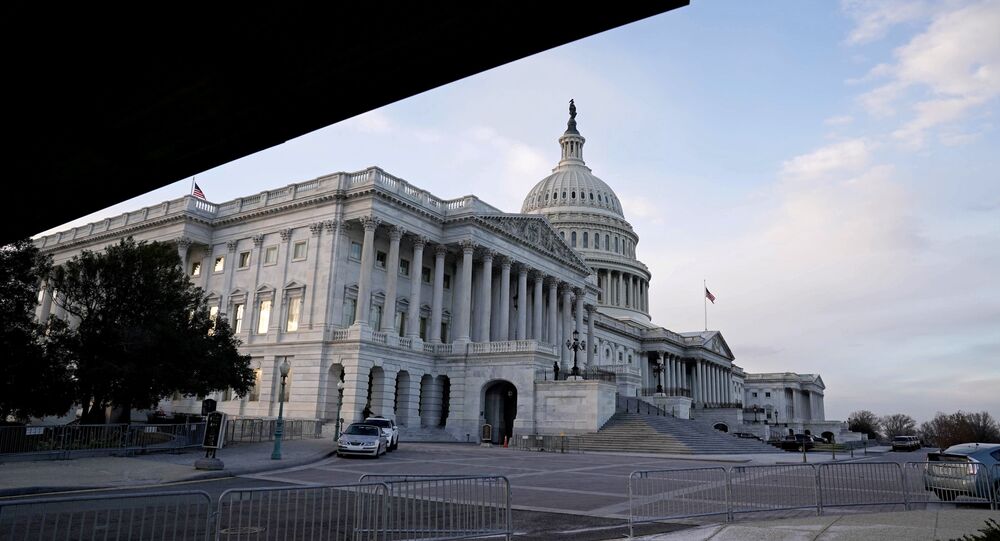 President Joe Biden had reportedly signalled his intent to opt for a new plan involving income caps during Senate negotiations on 3 March over eligibility for paychecks under the $1.9 trillion relief package being debated, according to the Institute on Taxation and Economic Policy.

The US Senate took its first major procedural step on 4 March toward passing the Democrats’ $1.9 trillion coronavirus relief package, with the chamber voting to start debate on the rescue package. However, many Americans have been voicing frustration over reported plans to tweak the income limits for the $1,400 stimulus payments, reported CNBC.

In what is perceived by some as Joe Biden’s reneging on his earlier promise to send $2,000 checks to financially struggling Americans amid the pandemic, the President is believed to have backed a plan to slash the income caps for receiving the stimulus payouts included in the bill, approved by the House on 27 February.

As lawmakers now begin offering amendments to the bill, which Democrats would like to reach President Joe Biden’s desk before unemployment aid programmes expire on 14 March, the Senate may change the income limits for the stimulus checks.

A phase out of the payments would begin after the cited thresholds, completely ending for individuals making $100,000 or more, and couples earning $200,000 or more.

However, in line with the proposed slashed version, according to the outlet, the scope of the third round of stimulus would be narrowed by phasing out payments completely for individuals earning more than $80,000 and couples earning more than $160,000.

Democrats have also agreed to reduce the federal supplemental unemployment benefits in the next stimulus bill from $400 to $300 per week.

​In a comment on the reported amendments to the rescue package and President Biden’s stance on the issue, White House Press Secretary Jen Psaki said “he is comfortable with where the negotiations stand”.

Some progressives in the House denounced the reportedly proposed ‘tweaks’ to the bill.

Rep. Alexandria Ocasio-Cortez, D-N.Y., tweeted that the Democrats were gearing up to send “fewer & less generous relief checks” than under Donald Trump.

Conservative Dems have fought so the Biden admin sends fewer & less generous relief checks than the Trump admin did.

It’s a move that makes little-to-no political or economic sense, and targets an element of relief that is most tangibly felt by everyday people. An own-goal. https://t.co/n6j2eEBKXx

​The move was slammed as making “little-to-no political or economic sense”.

We have a responsibility to show people in this country what a Democratic majority can do for working people.

That means more generous relief checks, $15 min wage, ending the filibuster to protect our democracy. It’s a once-in-generation shot, and we need to legislate like it.

What the American people need are fast-acting plans to open schools now, get laid-off Americans into jobs, and finish the fight against COVID-19.

The Democrats’ plan doesn’t focus on that. It manages to spend ~$2T while leaving the most urgent things on the cutting room floor. pic.twitter.com/6UyBLBZPsH

Ahead of the debate on the rescue plan and amendments to it, Majority Leader Chuck Schumer, D-N.Y. said:

“The Senate’s going to take a lot of votes…But we’re going to power through and finish this bill, however long it takes.”

Democrats could pass the bill on their own in the Senate, with Vice President Kamala Harris breaking a tie amid a 50-50 vote split between Democrats and Republicans.

Back in January, then-President-elect Joe Biden had unveiled a $1.9 trillion stimulus package proposal aiming to kick-start the economy and accelerate vaccine rollout to reign in the spread of the coronavirus in the country. The Democrat had campaigned throughout 2020 on a pledge to take the pandemic with more gravity than Donald Trump had ostensibly done.