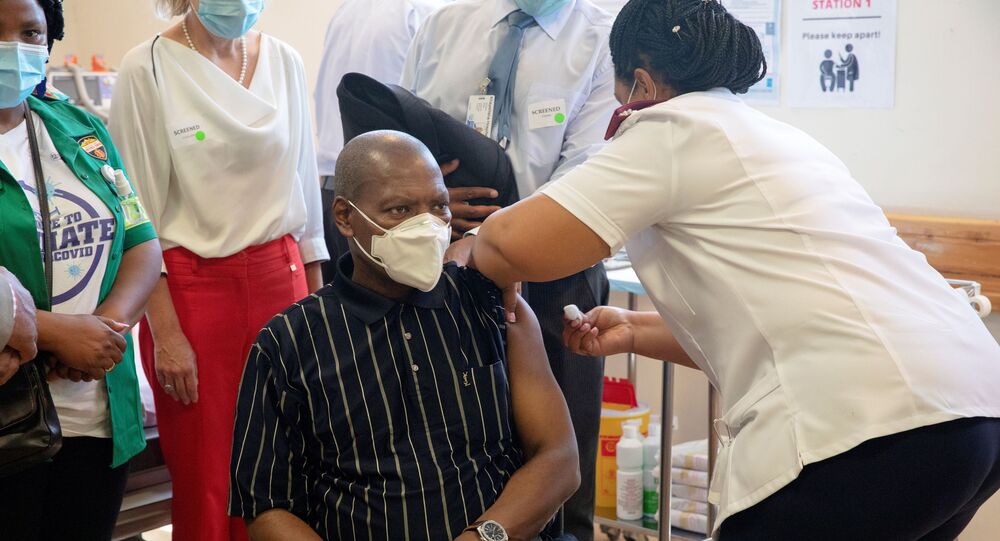 The Economic Freedom Fighters (EFF), a breakaway party from the ruling ANC, said they had asked why the government had given no details of placebo or control groups in its mass trial of the US-developed Johnson & Johnson vaccine — its first field trial against the more-infectious “South African” strain of coronavirus.

A South African opposition party has accused the government of “misleading the nation” over its COVID-19 vaccine “roll-out”.

The Economic Freedom Fighters (EFF), the third-largest party in parliament, accused the African National Congress Government of falsely claiming its mass clinical trial of US firm Johnson & Johnson’s vaccine on up to 500,000 healthcare workers was part of a national immunisation program.

EFF national spokesman Vuyani Pambo said his party had asked Health Minister Zweli Mkhize at the Parliamentary Health Committee on February 10 why his department had not published details of a placebo control group in the scheme, which at that point was being referred to as “Phase 1” of a mass inoculation drive.

“Mkhize defended the lack of vital evidence and furthermore failed to clarify to the portfolio committee on Health that the Johnson & Johnson vaccine was still undergoing phase 3B trials in the country”, Pambo said.

​Health officials have termed the inoculation experiment an “open-label” trial, meaning participants know which vaccine they are receiving — and not a placebo, commonly used to check if the drug being tested gives any significant benefits over no treatment at all.

Pambo said it was “shameful” that Mkhize had “subverted the ethical process of ensuring the nation” and participants knew they were taking part in a trial, and also tried to pass off the experimental vaccine as approved by regulators.

The EFF demanded Mkhize be “removed from office with immediate effect”.

Members of the board of national drug regulator SAHPRA also objected last week to the government calling the trail of the J & J vaccine, which has yet to be approved for general use, a “roll-out”. A doctor also pointed out that the trial was the first in-vivo test of its effectiveness against the more-easily transmitted 501Y.V2 strain dominant in the country.

President Cyril Ramaphosa has already been accused of blocking the use of one million doses of the approved AstraZeneca ‘Oxford’ vaccine already delivered from India, along with attempts to buy the Russian Sputnik V jab, in favour of J & J — whose South African licensed producer funded his 2017 campaign to be elected as ANC leader.