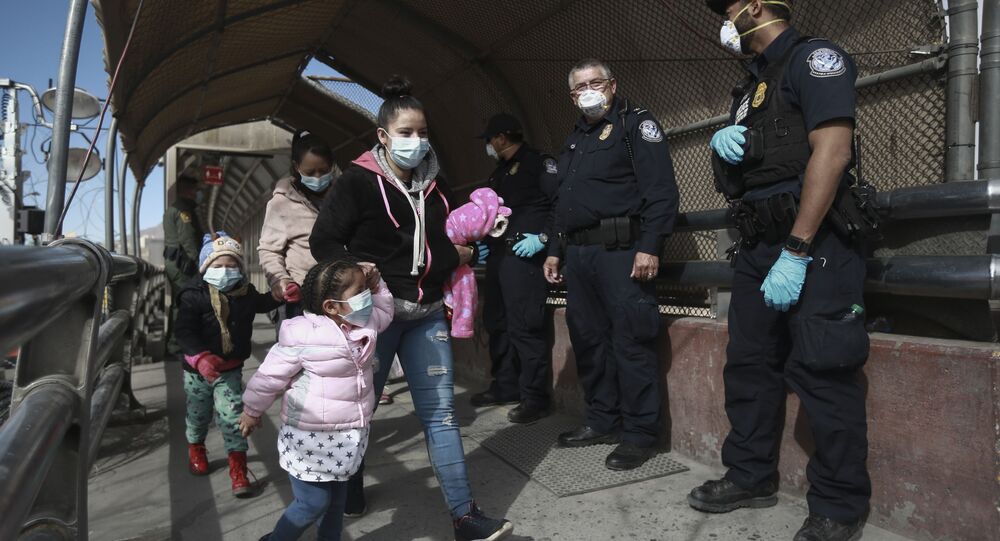 WASHINGTON (Sputnik) – President Joe Biden said there is no immigration crisis and his administration will be able to handle the influx of migrants illegally crossing the US-Mexico border.

“No, we’ll be able to handle it – God willing,” Biden said on Tuesday when asked if he thinks there is a crisis at the southern border.

An increase of migrant children apprehended at the southern border has required the Biden administration to open up at least two temporary facilities to house them while they go through immigration proceedings.

The Biden administration is continuing to expel migrant children who illegally come to the United States with a parent by using restrictions related to the novel coronavirus pandemic that were previously put in place.

CBP said it has seen a steady increase in border encounters since April 2020, which has caused some facilities to reach maximum safe holding capacity. CBP data shows that more than 70,000 migrants have been apprehended at the US-Mexico border each month from October to January.

FloatyBois and Homo Spaciens: Check Out List of 400 Possible Nicknames for US Space Force Members