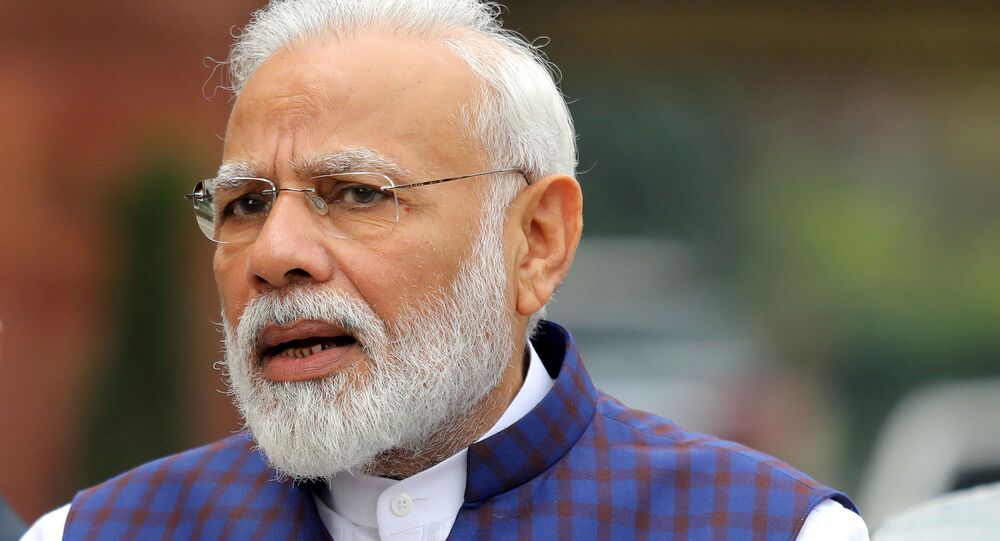 Elections for the state assembly of West Bengal are scheduled to take place in eight phases starting from 27 March. The Model Code of Conduct came into effect last week when the election schedule was announced and remains in force until election results are declared.

The ruling Trinamool Congress in West Bengal state has accused Prime Minister Narendra Modi of ” blatant misuse of official machinery” in a complaint to the Election Commission of India and has charged him with taking credit from doctors, nurses and healthcare workers and “appropriating their dues”.

The party is offended by the fact that photos of the Prime Minister appear on certificates of vaccination distributed by the federal health ministry.

The certificate includes a message from the PM in Hindi and English besides his photo. It confirms that the holder has taken the vaccine.

“By placing his photograph, name and message on the provisional certificates issued by the Ministry of Health and Family Welfare, [Modi] is not only exploiting his post and powers but also stealing commendable credit from the producers of COVID vaccines. He is blatantly appropriating the dues of a vast army of selfless doctors, nurses and health service workers,” Trinamool Congress leader Derek O’Brien said in a letter to the Election Commission.

“After elections have been declared, the PM is debarred from publicising his name and claiming credit in this manner through the government’s Co-WIN platform of vaccination,” O’Brien added.

The party has demanded that the PM be stopped from “taking unfair advantage and undue publicity at the taxpayers’ cost” during elections.

“This breach of the Model Code of Conduct is glaring and must be stopped with immediate effect, ” O ‘Brien said.

There is a tight contest between the Bharatiya Janata Party and the Trinamool Congress in Bengal in the forthcoming elections. The BJP has never won in the state.

‘What the Gov’t is Trying to Hide?’ Indian Lawmaker Demands Debate in Parliament on Chinese Ladakh Incursion