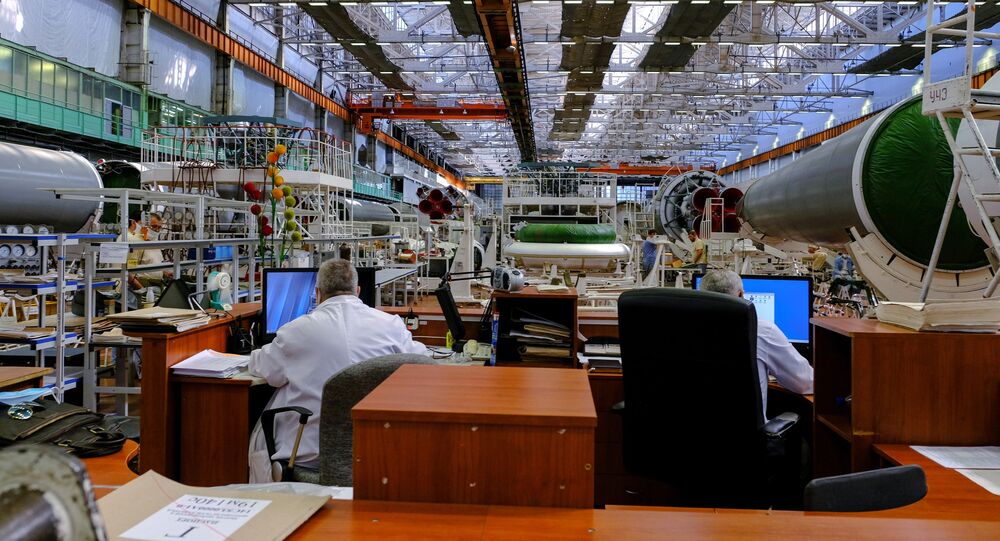 MOSCOW (Sputnik) – The new design of a Russian carrier rocket powered by liquefied natural gas (methane) has been put together, a space industry source told Sputnik.

“It is planned to create a super-heavy launch vehicle … [with] six side blocks around the central one – all with the RD-182 engine [operating on methane], and the upper stage using the RD-0169 [engine]”, the source said.

The Russian SRC (space rocket center) Progress has not been releasing much detail on the new Russian carrier rocket powered by methane in order to protect the developers, SRC Progress General Director Dmitry Baranov told Sputnik in October of last year.

In January, a 407 million-ruble ($5.2 million) contract was signed on the development of a rough design of the Amur-SPG rocket.