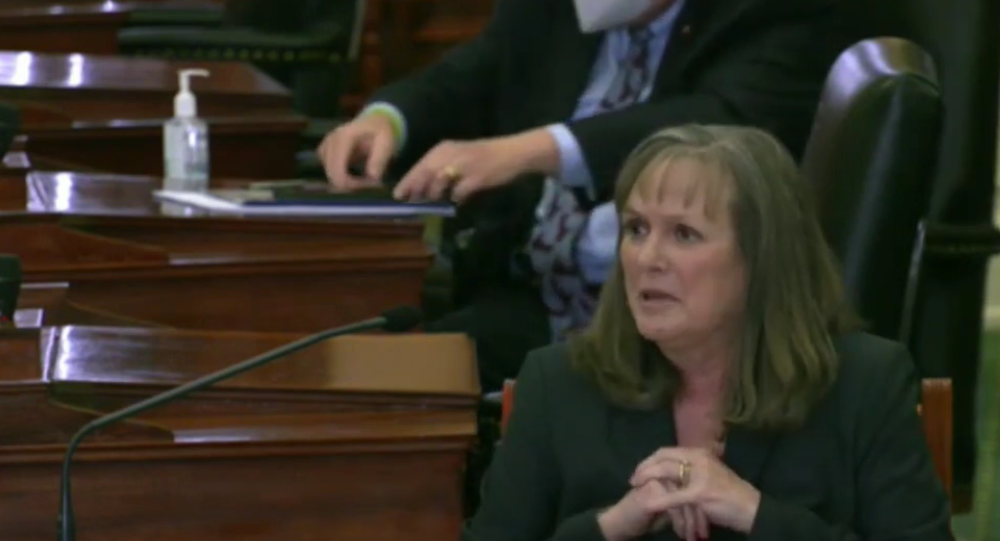 Within hours of the lieutenant governor’s request, Walker issued a letter to Texas Governor Greg Abbott announcing her immediate resignation from Texas’ PUC, the agency responsible for regulating the state’s electric, telecommunication, water and sewage utilities.

“The State of Texas was devastated by a tremendous and horrific event. The events that [led] to the electric grid’s failure was not caused by any one individual or group,” she said, referring to the widespread electrical outages that plagued the majority of the state during, and after the week of February 14.

“The interests of many people and companies contributed to the situation we faced in the devastating storm,” Walker wrote.

She urged other groups, like “gas companies, the Railroad Commission [and] the electric generators,” to come forward and accept responsibility for their alleged roles in amplifying the danger of the Valentine’s Day weekend storm.

“With devoted faith, I know that God will take care of me during these difficult times,” she concluded.

At least 40 individuals died as a result of the recent wave of winter weather and extremely low temperatures in Texas, according to the Associated Press.

“Both the PUC Chair and the ERCOT CEO said they were prepared the day before the storm hit in full force, but obviously they were not,” Patrick remarked, following a week of officials testifying before state lawmaking committees.

During her testimony, Walker was notably silent when asked by Texas State Rep. Rafael Anchía, a Democrat, whether she believes the public is owed an apology from the PUC.

“After two days of testimony, it is clear to me that there was a dereliction of duty and that the people of Texas deserve nothing less than for Commissioner Walker to resign immediately,” Anchía said in a Friday statement.

“Her inability to even muster an apology to Texans who endured freezing temperatures without heat or power and resulted in loss of life is inexcusable.”

According to the lieutenant governor, PUC and ERCOT were contacted by elected officials regarding the winter storm, freezing temperatures and power outages that resulted from the extreme weather.

“Our state senators repeatedly asked for their analysis and suggestions regarding what could have been done differently and what needs to be done going forward to prevent a similar problem in the future,” Patrick said Monday.

While Walker’s resignation claimed no one company is to blame for the electrical outages, Houston-based electric company Griddy has branded the state’s PUC as the reason for the recent surge in variable price rate – which is traditionally determined by market conditions.

“The prices charged are the direct result of the non-market prices ordered by the PUC,” Valdes told the Dallas Morning News last week.

“The lawsuit is meritless and we plan to vigorously defend it,” Valdes added.

Texas Attorney General Ken Paxton has also introduced a lawsuit against Griddy, claiming the company “misled Texans and signed them up for services which, in a time of crisis, resulted in individual Texans each losing thousands of dollars.”