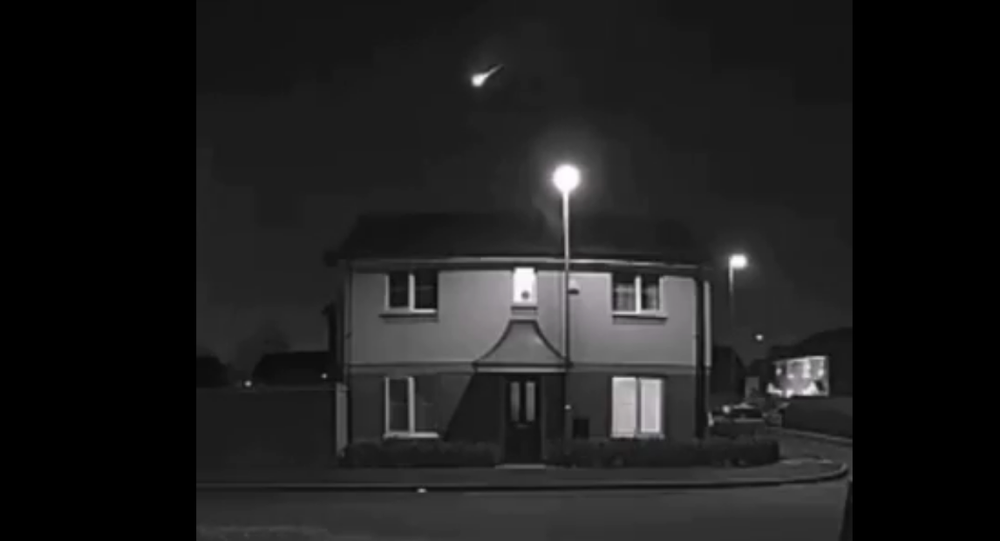 Earlier in the week, people from another corner of the planet, Canada, were lucky to witness and have their cameras record a bright blue meteor shining in the sky for several seconds.

A bright fireball was witnessed by many UK citizens on Sunday night, prompting residents of London, Birmingham, Bristol and other regions to flock to Twitter to share the footage they managed to record.

What appears to be a meteor was video-captured from many different angles, with people briefly brought up short by a sudden sky show in their backyard, living room, and some even spotting the fireball in a reflection on their car window.

According to reports on social media, the meteor illuminated British skies at around 10 p.m., local time.

Caught the reflection of the #meteor on our car bonnet/window pic.twitter.com/BnfdCQF7aQ

Good video of tonight’s #meteor over the U.K.
It looks exactly like the one over Turkey yesterday, glowing green as it hits the atmosphere!
🤨
pic.twitter.com/i6VuU0KR5b

My ring doorbell got great image of the rock coming in tonight. #meteor pic.twitter.com/fDKSOguPp4

​Earlier in the week, residents of Canada’s Alberta saw a bright ultramarine meteor lighting up the early morning skies.