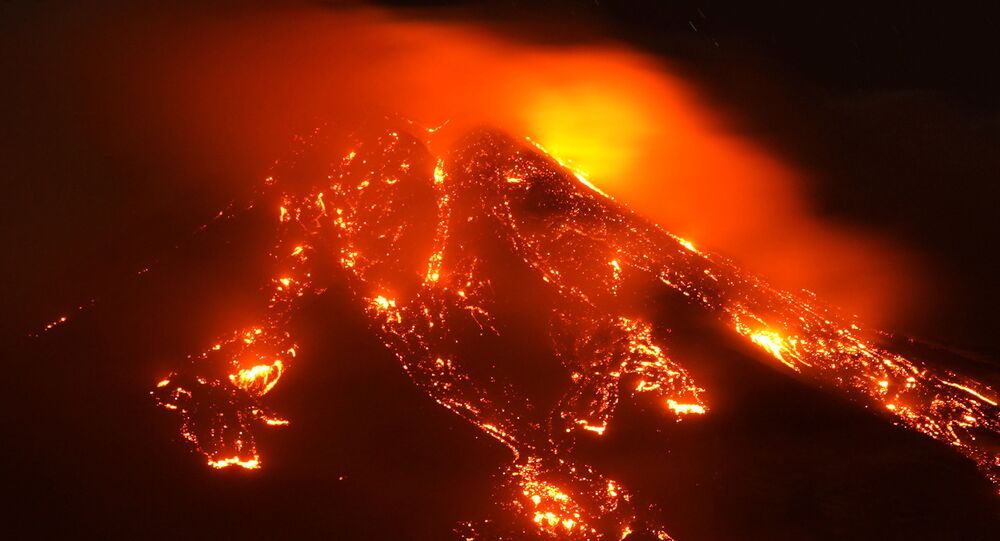 Etna is Europe’s highest active volcano, located in Italy on Sicilia’s east coast. On 16 February, the volcano erupted for the second time in less than a month, spewing lava and ash into the sky and down its slopes.

Against the background of the notable Etna’s recent activity started in January, the latest volcano eruption took place on 28 February. A dark cloud spread throughout the adjoining region after a column of smoke and ash rose about 7-8 kilometers.

After the eruption stopped, nearby villages suffered from ash and lapilli rain. Sicilians are gathering small pieces of the solidified lava and molten rock.

On 16 February, Mount Etna, on the east coast of Sicily, erupted. According to the Italian Institute of Geophysics and Volcanology, the volcano threw out a huge column of ash 4 kilometers high. The eruption was accompanied by thunder and tremors.

Since then, scientists have registered seven peaks of volcano activity. Experts believe that Etna does not pose a threat to the island’s population.