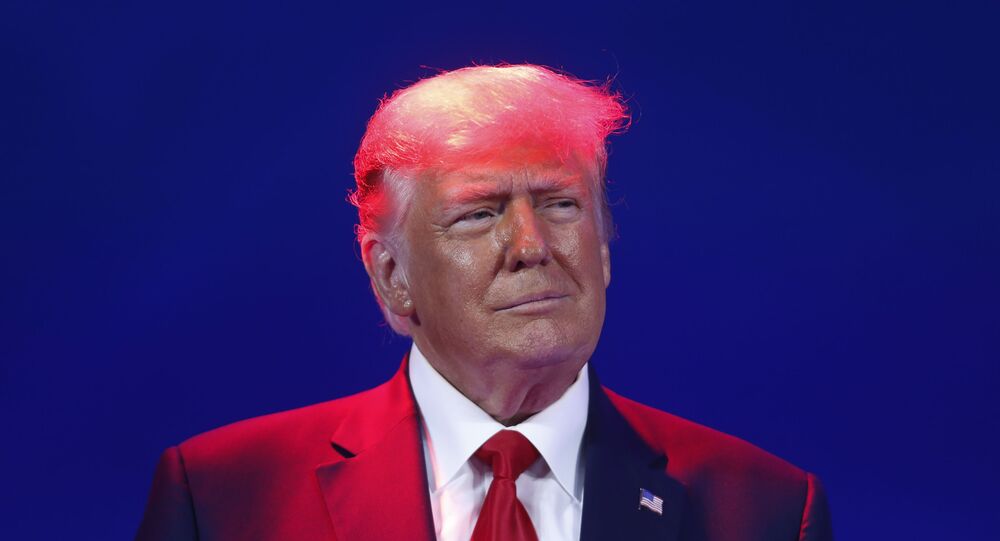 The former US president, who has continued to denounce the 2020 elections as “rigged”, is finalising the Conservative Political Action Conference (CPAC) in Orlando with his speech.

In his CPAC speech on Sunday, ex-president Donald Trump dropped hints that he might be joining the 2024 presidential race, noting that he “may even decide to beat them for the third time”, apparently referring to his 2016 election victory and the outcome of the 2020 race, which he believes he won.

“For the next four years the brave Republicans in this room will be at the heart of the effort to oppose the radical Democrats, the fake news media … and I want you to know that I’m going to continue to fight right by your side,” Trump said.

He also stressed that “we are not starting new parties”, refuting earlier reports that he might form a new “Patriot Party”.

“I am not starting a new party,” Trump emphasized at the Sunday convention, saying “We will do what we’ve done right from the beginning, which is to win.”

After many observers pointed at how the GOP faced division over the role Trump might be playing in the future, it was argued that even if the party is formed, odds of it receiving the majority of votes in an election would be historically minimal.

‘They Just Lost the White House’

The former president said that the Democrats can lose the White House four years from now, and repeated his allegations of election fraud.

“[US President Joe] Biden has failed in his number one duty as chief executive enforcing America’s laws. This alone should be reason enough for Democrats to suffer withering losses in the midterms and to lose the White House decisively four years from now,” Trump asserted. “Actually, you know, they just lost the White House.”

Since after the mainstream US media moved to project Joe Biden’s victory in the 2020 election, Trump lambasted the presidential race as “rigged”, alleging that a massive “voter fraud” appeared to steal the victory from the Republican ticket.

Trump team filed dozens of federal lawsuits attempting to challenge the election results and demand that the votes in swing states be recounted. However, the attempts turned out to be fruitless, and Trump’s Democratic rival was sworn in on 20 January.

Trump’s criticism of Democrats went on to target Joe Biden specificially, as the former president dubbed the first month of the new administration as “disastrous”.

“Already the Biden administration has proven that they are anti-jobs, anti-family, anti-borders, anti-energy, anti-women and anti-science,” Trump said, adding “In just one short month we have gone from ‘America First’ to ‘America Last.’”

He particularly pointed at the emerging border crisis in the US, criticizing Biden’s immigration policy and calling it a betrayal of America’s core values.

The Biden administration has encountered a wave of immigrants wanting to move to the United States in search of a better life after the Democratic president halted Trump’s project of the border wall with Mexico.

Trump also went on to denounce other Biden policies, particularly criticising his decision to re-join Paris Climate Agreement and claiming that under the new administration the US will be more dependent on imported oil.

Gagarin’s Flight Was ‘Life Changing’ for Everyone on Planet, US Space Foundation CEO Says

US Senate Confirms Jennifer Granholm to Be Biden’s Energy Secretary