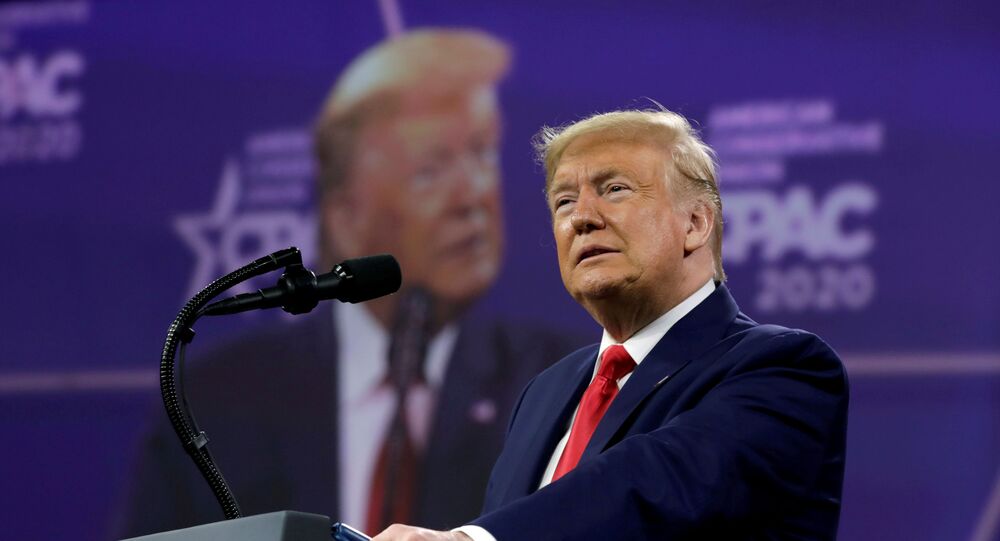 The Conservative Political Action Conference (CPAC) is an annual forum, held this year in Florida by the American Conservative Union. Sunday is the final chapter of the four-day event, which is expected to give the ex-POTUS a platform to announce his future political plans.

Sputnik is live from Orlando, Florida, where former President Donald Trump is delivering his first public address since his term as US president ended on 20 January.

The gathering is expected to give the 45th US president a platform to speak about his political future, including a potential run for the presidency in 2024.

He is also expected to attempt to consolidate control over the Republican Party in the run-up to the 2022 midterms and tear into Joe Biden’s policies.

Contrary to media reports, he is not, however, planning to announce the launch of a new political party, according to Fox News, which cited excerpts from his speech.

Get in Formation: Trump Says Republican Candidates Should Embrace MAGA ‘If They Want to Win’

Tap Water Sampled Across US Contaminated With Arsenic, Lead, Other Chemicals, Study Suggests