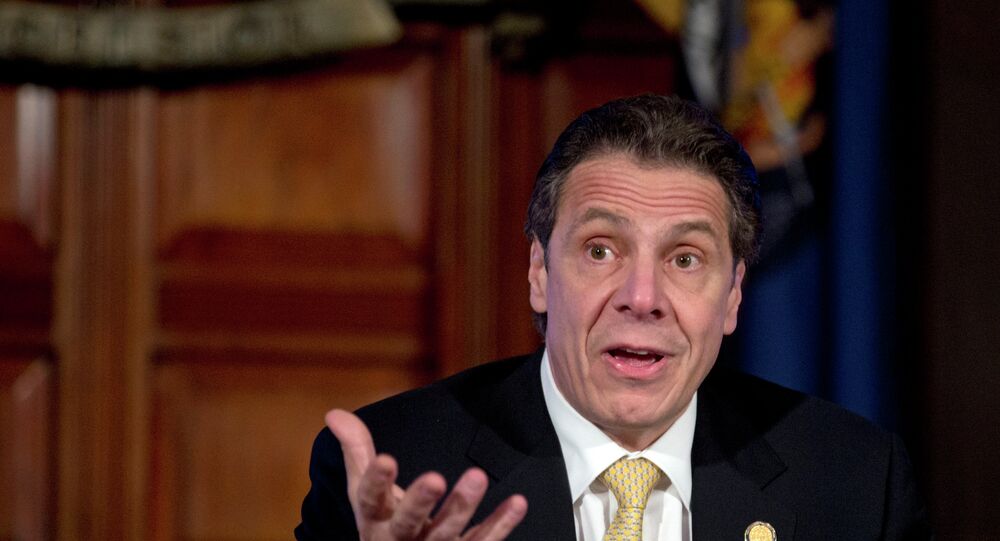 In a Sunday statement, New York state Governor Andrew Cuomo appeared to acknowledge that his behaviour toward two former female aides may have been seen as “unwanted flirtation” and apologized for the way it may have been interpreted.

“I now understand that my interactions may have been insensitive or too personal and that some of my comments, given my position, made others feel in ways I never intended”, Cuomo, who faces accusations of sexual harassment from two women, stated.

According to Cuomo, his behaviour falls in line with how he acts “in public and in private”. Referring to how he “teased people about their personal lives, their relationships, about getting married or not getting married”, he claimed that he meant no offense, and was attempting to smooth “very serious business” with banter.

“At work sometimes I think I am being playful and make jokes that I think are funny. I do, on occasion, tease people in what I think is a good natured way,” Cuomo’s statement read.

Not everyone appeared to accept what many claimed were half-hearted non-apologies, recalling what exactly his two former aides said in their allegations.

2.) It does not commit to changing any behavior. He’s only addressing the past, not the future. https://t.co/lqFCjtiB6i

You can’t seriously expect me to believe Andrew Cuomo, 63, *just learned this year* that it was inappropriate to ask your coworkers if they have sex with older men.

Andrew “Dice” Cuomo comedy hour: Hey, baby, you ever thought how sucking my dick is a great way to get a raise? Calm down, that was a joke… unless of course you do want that raise. Oh! https://t.co/fGyydr9ApU

​As an investigation into the harassment allegations has been initiated, comments from White House Press Secretary Jen Psaki and a Democratic Representative Alexandria Ocasio-Cortez have confirmed the seriousness of the situation. Psaki, in remarks to CNN, reaffirmed US President Joe Biden’s commitment that every woman “must be heard, should be treated with respect and with dignity”. Ocasio-Cortez noted that the harassment allegations were “painful” to read and called for an independent investigation.

The Cuomo office launched a “thorough review” into the stories of the two women, Lindsey Boylan and Charlotte Bennett, both of whom formerly worked closely with the governor.

Boylan, who first stepped forward with her allegations, said that in 2018 Cuomo suggested that she play strip poker with him and kissed her on the lips although she did not want him to do so. Shortly after, Bennett also revealed her experience of how the New York state governor asked her in 2020 about whether she saw an “age gap” as an issue in relationships and if she ever had been with an “older man”.