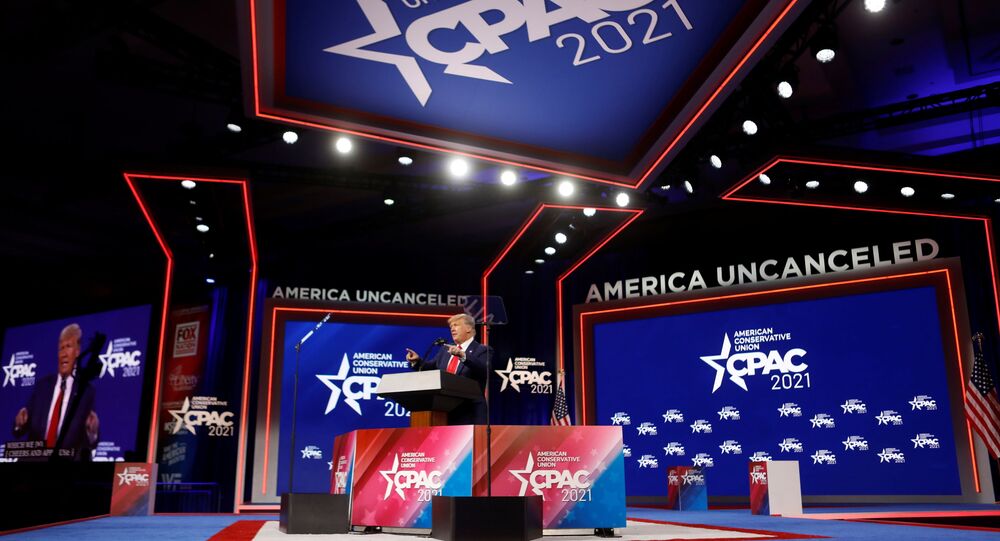 Guess who’s back? Donald Trump made a triumphant return to the spotlight as the former president enthralled thousands of Republicans at the Conservative Political Action Conference. Trump stood before his supporters and earned rapturous applause as he asked them, “Do you miss me yet?

In his first public address since leaving the White House, Donald Trump emphatically dismissed claims that he would be starting a new party, insisting that it would divide the Republicans at a time when they needed to be united.

As the crowd hung on his every word, he criticised the Biden administration, declaring that the president has gone from “putting America first to America last” before questioning the Democrats for reversing his hard line stance on immigration and border security.

It won’t be the searing condemnation that Trump laid at the door of the Democrats that will have Biden and his team sweating today though. It will be Trump’s hints that he is preparing to run for president in 2024 as he teased his supporters by announcing that he “may even decide to beat them for a third time”.

Sputnik spoke with Brian Silvester, Councillor and former Mayor of Crewe and Nantwich to hear his thoughts on the possibility of Trump running for president and what this could mean for the Democrats.

Sputnik: Trump hinted at the Conservative Political Action Conference that he may be prepared to run for the 2024 presidential election. What are your thoughts on this?

Silvester: Well, I certainly hope he does. And I think he would win, again. I think that the Republicans are missing the main point. The main point is the election of 2020 was clearly stolen. It was the biggest election steal in the history of the world. And the Democrats have been allowed to get away with it. And the Republicans are doing very little, if anything at all, to prevent it happening in the future. And in the meantime, the Democrats, now they’ve got the levers of power. They’re using that power to make the stealing even more easier in the future. 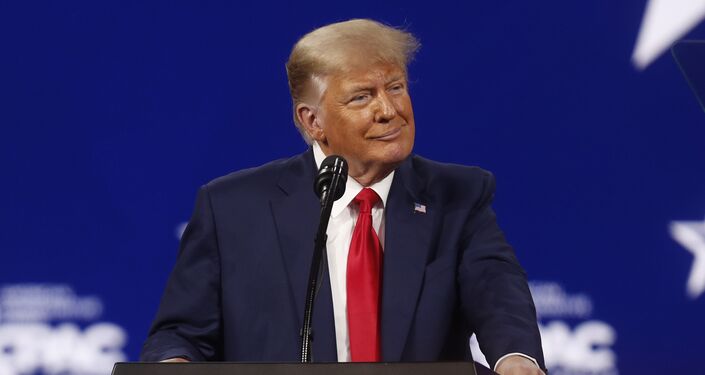 Sputnik: Do you think that Trump is still the best person to lead the Republicans? And can he help unite the party again?

Sputnik: What would Trump returning to politics as leader of the Republicans mean for the Democrats?

Silvester: Well, the Democrats are obviously very fearful of Mr. Trump, because he is so popular. And that’s why they tried to impeach him for a second time, which so dismally failed. So they are fearful of him because he is very well supported throughout the nation. And not just with the middle classes, but the working classes, as well, because he has improved the economy. And Biden is not in charge, somebody else is pulling his strings, and they’re busily undoing all the good work that Mr. Trump did.

Sputnik: Trump criticised Biden during his speech, saying that the President is putting America last. What are your thoughts on the start of the Biden administration?

Silvester: He does seem to be intent on just pulling apart all the good work that President Trump did, and is taking America down a very dark path. And I’m very fearful not just for America, but for the world. We needed Mr. Trump to win again to get four more years to stop all this nonsense which is happening throughout the world now. And now that Biden is there and is clearly a puppet having the strings pulled, I’m very fearful of what will happen in the future. And as I say the Republicans and the American people need to ensure that they have an electoral system, which is worthy of their country. And they certainly haven’t got that at the moment. And what they want to do, what they need to do is to get back to having paper ballots, which are marked in polling stations and get rid of all these voting machines which are being hacked, not just in America, but around the world.

TikTok Sale Will Allow US To Monitor, Control Data At Home But Profitability Uncertain – Techsperts

From Victim to Villain: Mixed Feelings in Haiti After President’s Assassination