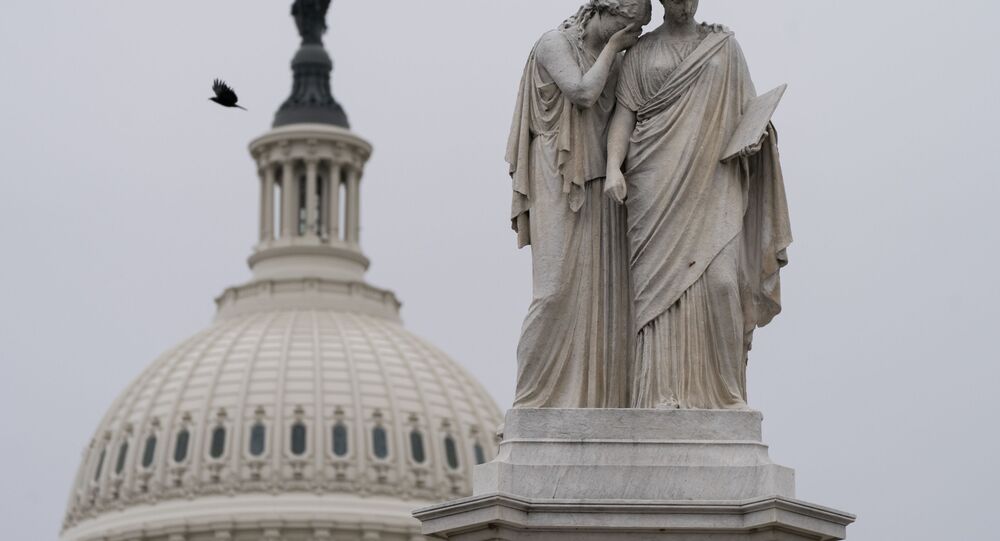 On 27 February, the House of Representatives passed the much-discussed $1.9 trillion coronavirus relief bill proposed by President Joe Biden on a near party-line 219-212 vote. While no GOP lawmaker endorsed the legislation, two Democrats, Jared Golden (D-Maine) and Kurt Schrader (D-Ore.), cast votes against the proposal.

Commenting on the passage of the legislation, Joe Biden urged the US Senate to act quickly. However, the Dems have faced a setback while pushing ahead with the bill, as they were informed that a $15 minimum wage increase could not be included in the legislation under Senate rules.

The Republican House Minority Leader Kevin McCarthy (R-Calif.) criticised the bill, saying: “The amount of money that actually goes to defeating the virus is less than nine percent”. He suggested that the Dems are in cahoots with “special interests” groups, adding that “the swamp is back”.

“Beyond the vaccine spending, the legislation is not very targeted”, says Michael R. Englund, principal director and chief economist for Action Economics. “Only a small part of the benefits will go to people impacted by COVID. For the US economy overall, most sectors have climbed above where they would have been without the pandemic, while about 20% of the economy is massively underperforming. Our approach thus far has been to throw resources at everyone”.

​Senate Republican Leader Mitch McConnell (R-Ky.) has also voiced his discontent with the passage of the “ill-conceived” and “partisan” legislation in an official statement, stressing that “more than a third of its spending, including more than 90% of the K-12 school funding, would not even go out this fiscal year”. He bemoaned the fact that the Dems “jammed through a bill” despite even liberal economists and editorial boards saying it is “not well targeted to this stage of the fight.”

McConnell has a good reason for being dissatisfied with the process, as the Democrats have instrumentalised “budget reconciliation” to avoid resistance to the COVID-19 relief package. When a budget reconciliation tool is used, a funding bill needs a simple majority to pass, instead of 60 votes required to approve spending or revenue legislation; the Senate GOP won’t be able to use the filibuster either. The $15 minimum wage boost has also become a casualty of the budget reconciliation being excluded from the bill to adhere to the procedure.

This means that the Democratic Party will need no Republican votes whatsoever if all Democratic senators support the bill: Vice President Kamala Harris would break a tie and the package in question would be swiftly passed by 51-50 votes. Then the bill would go back to the House for a separate vote before going to Joe Biden’s desk.

‘Big Tech Has Gotten Out of Hand’ Trump Jr. Explains Why He Joined Telegram

‘Even More Fake’: Trump Does Not Believe Fox News Polls That Show Biden Leading, Refers to 2016