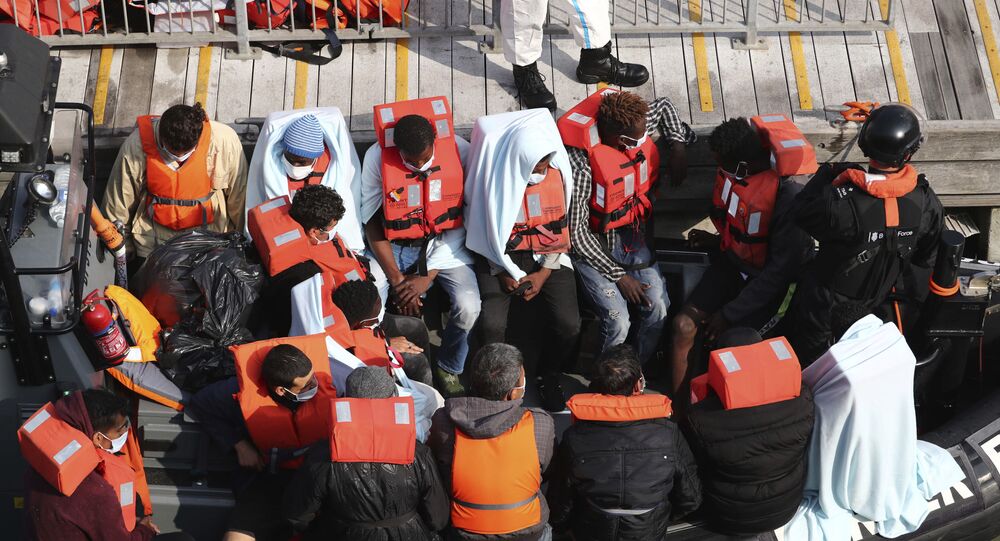 Nigel Farage, who led the campaign for the UK to leave the European Union, has accused the French navy of importing the coronavirus into Britain by escorting boats full of trafficked migrants from high-infection areas on the French coast into British waters.

UK  Reform leader Nigel Farage urged London to “get a grip”, after a dozen migrants trafficked from France tested positive for COVID-19.

The leader of the re-branded Brexit Party tweeted a video on Saturday showing UK Border Force officials at Dover port that morning, clad in personal protective equipment (PPE) as they disembark the overloaded dinghy’s occupants.

Farage said that of some 40 undocumented immigrants intercepted off the coast of his home county of Kent on Saturday, all 12 from one boat tested positive for the deadly virus.

​”Covid cases in Dunkirk are among the highest in France, and rising very rapidly,” Farage told Talk Radio, pointing out that a “steady stream of migrants” has been arriving in Dover over the past few weeks.

He said that while COVID-19 infection numbers were “falling all over Kent”, including by 36 percent in Folkestone and Hythe southwest along the coast,  Dover, the busy Channel port which receives trafficked migrants, saw cases rise by 10 percent, and in Thanet to the north by 17 percent.

The eurosceptic former MEP put the blame on French authorities.

“We’ve given the French government another £28 million to stop these migrant boats from coming, and yet this week the French navy are still escorting these vessels across into British waters for the Border Force to pick up,” Farage said. “We are literally paying the French to now import COVID into the United Kingdom, at the same time we’re being told by [Health Secretary] Matt Hancock we must stay at home.” 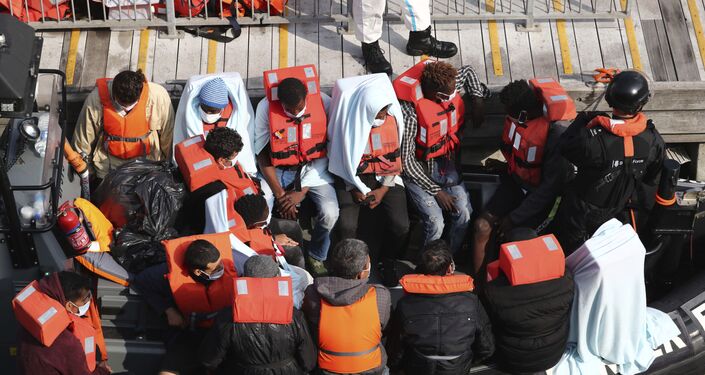 And he tweeted a message to Home Secretary Priti Patel to “get a grip” on the situation.

​On Friday Farage tweeted that 33 people were known t have been trafficked across the channel that day.

​The UK has recorded over 4.1 million cases of the coronavirus since January 2020 and more than 120,000 deaths linked to the pandemic.

Prince Philip Stays At Hospital For Over a Week