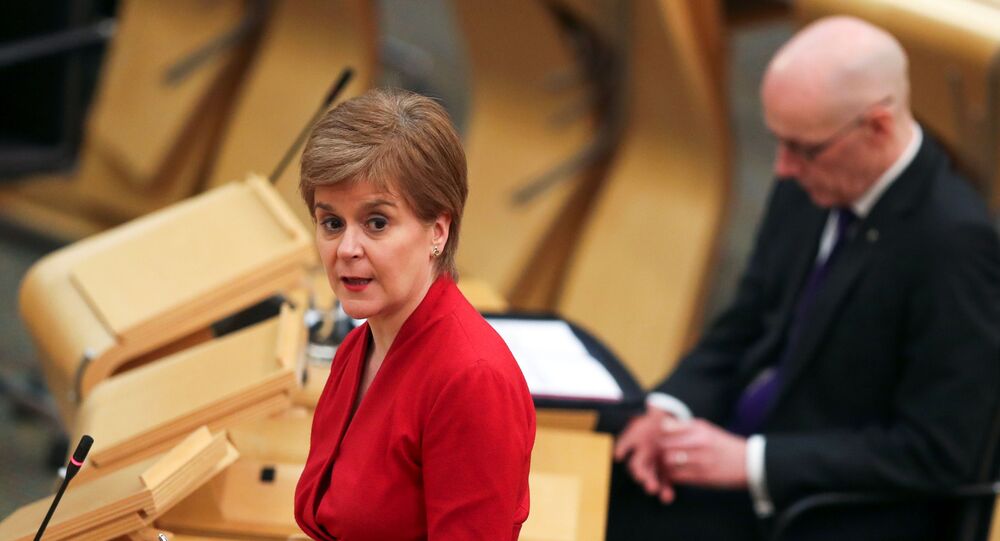 The newly-elected Labour leader at Holyrood also attacked the devolved Scottish National Party administration’s “divisive” plan to hold a repeat of 2014’s independence referendum on the heels of the COVID-19 pandemic.

Speaking on Sky News’ Sophy Ridge on Sunday morning, Sarwar said Sturgeon should go on “principle” over allegations by her predecessor as first minister and Scottish National Party leader Alex Salmond that she misled the devolved Scottish Parliament and wasted taxpayers money on a “biased” probe into sexual misconduct claims against him.

“I think Nicola Sturgeon herself would say if an opposition politician was in government, and they breached the ministerial code, that they would be expected to resign,” Sarwar said. “It’s a point of principle and respecting the office of first minister.”

Sarwar also opposed the SNP’s avowed plan to hold a repeat of the independence referendum it lost in 2014 if it wins May’s Scottish Parliament elections, on the pretext of the UK’s exit from the European Union.

“It’s for the Scottish people to choose their own future, but actually is it the right thing to have a referendum? ” he asked. “Coming through the collective trauma of COVID” when the UK had “come together as a country like never before, the idea that we come through this and go straight into a divisive referendum campaign, I just don’t think is the right thing to do.”

​But the new Scottish Labour leader, the party’s sixth in just ten years, unfortunately struggled to think of anything interesting to say about himself so voters could get to know him better:

Less Than Half of Sex Abuse Complaints Against Met Police Have Been Upheld Since 2012, Report Claims