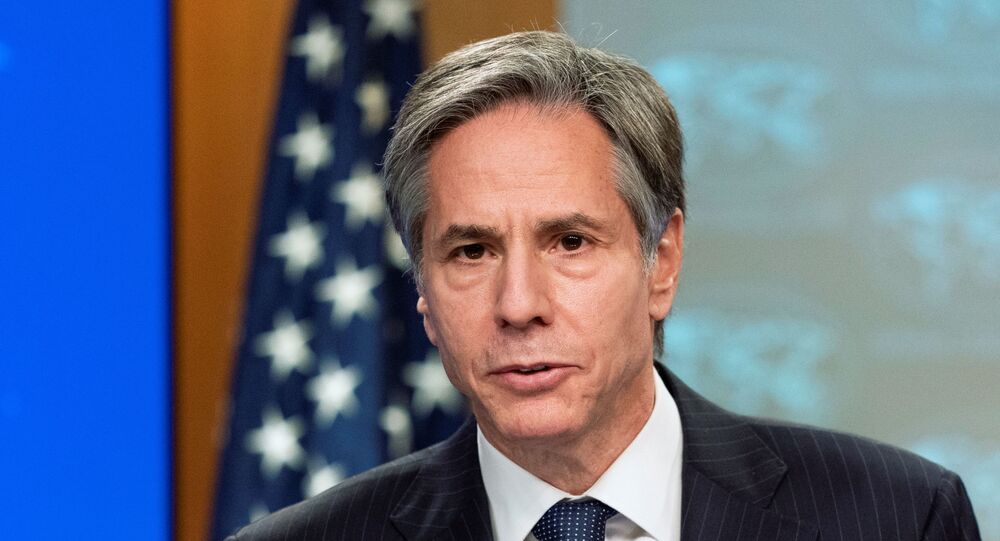 The murder of Saudi journalist Jamal Khashoggi and Saudi Arabia’s military actions against the Houthis in Yemen has made ties between the US and the kingdom problematic. The recently revealed intelligence report blaming Crown Prince Mohammed bin Salman for Khashoggi’s murder has become a testing ground for relations between Washington and Riyadh.

US Secretary of State Antony Blinken underlined in a press briefing at Virtual Trip to Canada that the US will change its approach to the Saudi kingdom in matters concerning armaments regarding the “policies that Saudi Arabia is persuing.”

As he noted, the US is reconsidering its ties with the Saudi Arabia “not to rupture the relationship, but to recalibrate” it to be more in line with US “interests and values.”

“We have seen results in our own efforts joined, I hope, by Saudi Arabia, to end the war in Yemen. We have seen the new policy approach we have taken to arm transfers and getting back to regular order with Congress,” he said.

Commenting on future weapons sales to the kingdom, the top US diplomat stated that Washington would “remain committed to the defense of the kingdom.”

“There is a very important distinction between our commitments to not engaged, not support offensive activities and operations in Yemen, including through the provision of offensive weapons, and the legitimate needs of the kingdom of Saudi Arabia in terms of its own defense,” he stressed.

Blinken added that the US would ensure “what it provides goes to the defense of the kingdom, not to its ability to prosecute offensive operations.”