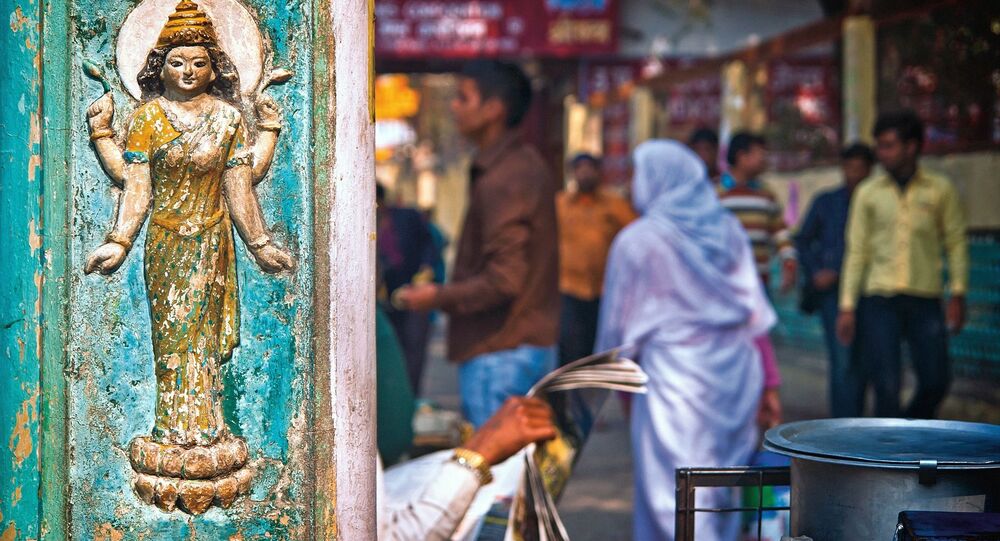 Humans are a funny species, who change clothes and behaviour according to time and place, but still manage to hold onto teachings from ancient scriptures that were written thousands of years ago. Caste discrimination is one such example, thriving and glaring eye-to-eye with “modern India”.

In India, it is believed that “Manu” – the first ever man to have existed – wrote a scripture called “Manusmriti” in 6,000 BC that classified humans under four “classes”. The title of the uppermost caste was given to the “Brahmins” – the category of priests and holy saints responsible for maintaining and passing on sacred knowledge. Next came the “Kshatriyas” – for the warriors and protectors of the realm, followed by the “Vaishyas” – for the moneymaking business-class people. The last and “lowermost” category according to Manusmriti was the “Shudras” – people born into families who were not part of the “noble professions”.

On Saturday, several colleges, offices, and schools in modern India observed a public holiday to mark the birth anniversary of Guru Ravidas. Born towards the end of the 14th century, the saint belonged to a “lower caste” family of humble leather workers – who fall under the social category of “untouchables” in India. Ravidas spent his life obtaining knowledge from other saints and writing poems before he established himself as one of the first-ever voices to have risen against the prejudice-ridden “casteism” in India.

Madhura Harshwardhan, a Nagpur city-based sociologist, pointed out the hypocrisy of those relaxing on Ravidas Jayanti, who do not otherwise even appoint house-help before inquiring about their surnames.

“Yes, it’s true that the legal system of India prohibits discrimination on the basis of castes that were established centuries ago, but has India socially accepted people born in the so called ‘lower caste’ as an equally respectable part of the society? In a country where the ‘upper castes’ do not allow minorities like Dalits and Scheduled Castes to enter their temples or fill water from the same well even today – would these communities have survived without legal provisions and reservations that brings them safety, education and jobs in ‘modern India’? The hypocrisy of casteists celebrating Ravidas Jayanti is laughable”, Harshwardhan said.

​The Indian constitution, drafted by Dalit leader B.R. Ambedkar when the country gained independence in 1947, guarantees legal protection from oppression and discrimination for minorities. India also provides reservations for the minorities in education and job fields.

Uttar Pradesh (UP) state, the birth place of Guru Ravidas, recently came under a bad light after the story of a cremation ground that separated areas for the last rites of “lower caste” people from those reserved for others began appearing online.

“That’s what happens when nobody’s watching, right? After the news went viral and drew criticism online, some of these cremation grounds ended up removing the barbed wiring that separated the funeral areas for upper and lower castes. The urge of being diplomatically and politically right often throws racists and casteists off their natural hateful instincts to please the public. But these are the same people who have separate steel glasses for their house helps – that are not kept on the same rack as other utensils to avoid any ‘mix-up’”, Harshwardhan noted.

​The “untouchable” community in India is mostly comprised of Dalits. The word “Dalit” comes from Sanskrit and literally means “broken”.

In recent days, news about several girls from the Dalit community being raped and murdered in small villages from Guru Ravidas’ UP state made headlines in India. The Hathras rape case, for instance, unfolded with cruel details testifying to the prejudice of the “upper castes” in India.

On 14 September, 2020, a 19-year-old Dalit woman was gang-raped in the Hathras district of UP allegedly by four upper caste men. After fighting for her life for two weeks, she died in a Delhi hospital. Under the pretence of avoiding communal disharmony, police officers handling the case forcibly cremated the victim’s body in a field – without even letting her mortal remains return home for a farewell.

#Hathras police taking the victim’s body for cremation, after keeping her family out #HathrasCase

​Even though the police denied all the accusations, the public condemned officials for their “bigotry” against the lower caste victim.

But still you come under frame work of India. If Centre is ruled by religious bigots, states progress also will be limited based on it.

‘Our fault is that she was Dalit’: In Hathras, a forced cremation, a media circus, and a life of humiliation https://t.co/yyRvRh61s7 #Yogi Adityanath #Uttar Pradesh police #Hathras #Hathras Case

“In its ever evolving glory, the elder generation of India is sadly still stuck on systems that were established centuries ago. Indians in power today grew up in mid-90s, closed in their family lives and ancestral values. The new age Indians, however, are exploring the world! With Internet and cinema, kids are going global even while sitting in the confinement of their rooms. Their perspective towards the society is getting more holistic”, Shikha Shukla, a professor of history and sociology from Bhopal, told Sputnik.

Shukla noted that with topics like mental health awareness and all kinds of equality gaining societal momentum, the future is progressing towards lesser discrimination and more inclusivity, with millennials and Gen Z leading the change.

Social networking platforms have emerged as podiums for activists to raise their voices against social injustice – pushing people scared of judgement to be more sensitive towards the less privileged communities.

The social life of an “untouchable” in India is very different from the fast-paced thrilling lives of the Brahmins, Kshtriyas, and Vaishyas – even today, in the 21st century. Every day is a struggle to survive without others questioning or mocking their dignity and respect in this hyper-connected age of smartphones and the Internet – and young Indians are taking note, the professor observed.

No Competition Between China, India in Supplying COVID Jabs to Other Countries: ex-Foreign Secretary