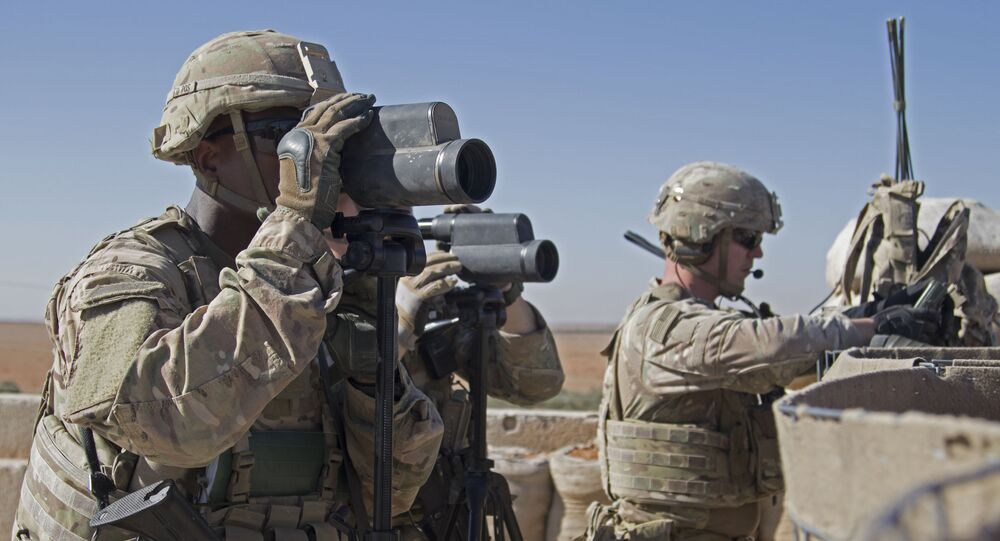 During its first month in office, the Biden administration did not reverse its predecessor’s policy of keeping troops deployed in northeastern Syria to “keep the oil”. On Thursday, the White House approved airstrikes against the bases of Baghdad-allied Iraqi militia groups in eastern Syria following attacks on US and coalition forces in Iraq.

Moscow has evidence of US plans to keep forces deployed in Syria indefinitely, and will ask Washington about this directly, Russian Foreign Minister Sergei Lavrov has said.

“We have recently received different information from various sources. We cannot confirm it for now, and want to ask the Americans about this directly. Supposedly, they are making the decision to never leave Syria, even to the point of destroying this country,” Lavrov said, speaking to reporters at a press conference alongside Afghani Foreign Minister Mohammad Hanif Atmar on Friday.

Commenting on Thursday night’s US airstrikes against “Iranian-backed” militia bases in eastern Syria, the foreign minister said that the US side only provided the Russian military a few minutes’ warning before carrying out the attacks.

“Our military was warned four or five minutes ahead of time. Of course, even if we are talking about deconfliction, as is customary in ties between Russian and US military personnel, this is nothing. This was a kind of notification when the strike was already being carried out,” Lavrov said. 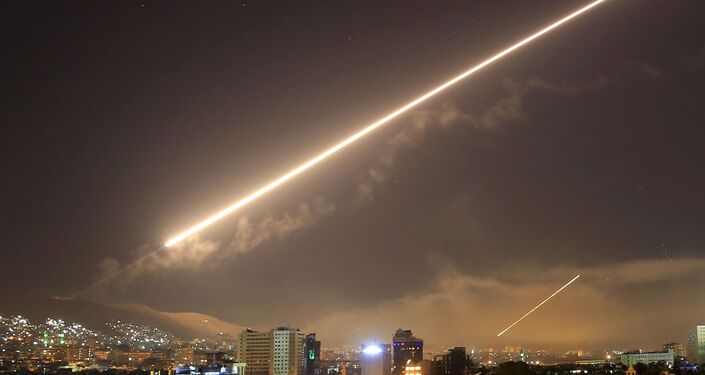 Military concerns aside, the Russian diplomat also suggested that it’s impossible to consider the strikes separately “from the fact that the US are present on Syrian territory illegally, in violation of all norms of international law, including Security Council Resolutions on reconciliation in the Syrian Arab Republic.”

Lavrov went on to blast Washington over its efforts to pressure other countries to prevent the delivery of humanitarian aid to Syria, and efforts to obstruct reconstruction efforts.

“They continue to play the separatism card. They continue to block, using their levers of pressure on other states, any supply even of humanitarian aid, not to mention equipment and materials necessary to restoring the economy in the territories controlled by the government, and in every way possible force their allies to invest in territories outside Damascus’s control,” he said. “At the same time, they illegally exploit Syria’s hydrocarbon resources.”

The foreign minister stressed that aside from the military-to-military deconfliction channel, Moscow considers it “very important” to resume Russia-US contacts on Syria at the political-diplomatic level. “We hope that the new administration will soon create its teams for this purpose,” he said.

The Biden administration carried out its first airstrikes against Syrian territory on Thursday night, claiming that the attacks targeted “Iranian-backed” militia forces Washington blames for a spate of attacks against US-led forces in neighbouring Iraq, including the 15 February rocket attack on a US air base in Erbil, Iraq.

US warplanes are said to have struck multiple facilities used by Shia militia groups, including Kata’ib Hezbollah (not to be confused with the Lebanese militia force) and Kata’ib Sayyid al-Shuhada, with the Pentagon estimating that a “handful of people” were killed.

Kata’ib Hezbollah denied any involvement in the Erbil attack, with a little-known group known as Saraya Awliya al-Dam claiming responsibility. Thursday’s strikes are reminiscent of the Trump administration’s late 2019 attacks against Kata’ib Hezbollah targets in eastern Syria and western Iraq, ostensibly also ‘in response’ to rocket attacks on a US base in northern Iraq by the militia group. A month after those attacks, Iraqi military and intelligence revealed that it was likely jihadist remnants, not Kata’ib Hezbollah, which attacked the US base.

Kata’ib Hezbollah is one of dozens of Iraqi militia groups formed in 2014 to assist Baghdad and its US allies in doing the legwork to push out and crush the Daesh (ISIS)* ‘caliphate’.

US Reportedly Brings Convoy Loaded With Military Equipment, Ammo to Base in Syrian Oil Field