It has been 74 years since India gained its independence from the British. But even in 2021, certain customs and protocols in many seats of authority remain from the old days of being a colony. One such instance is the terminology used in Indian courts – where judges are still addressed as ‘My Lord’.

Netizens have expressed contempt for the “ego” and “vanity” shown by Chief Justice of India (CJI) Arvind Bobde, after a law student in the Supreme Court referred to him as “Your Honor” on Tuesday. 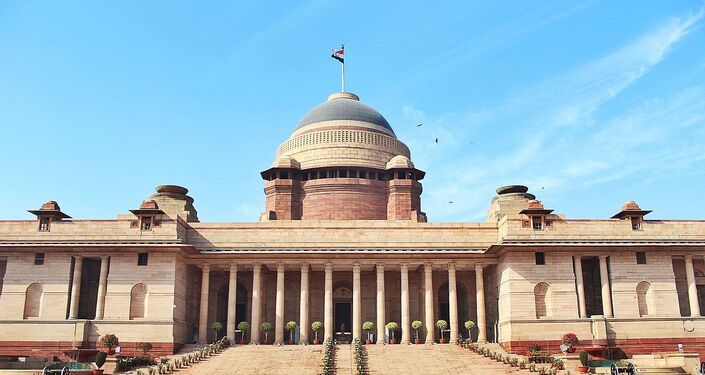 Bristling with indignation, Bobde told the student – whose name has not been divulged – “We are not the US Supreme Court” and that “wrong terminology” should not be used during official court proceedings.

The incident quickly went viral on Indian social networks. Commenting on what senior judges find important, Indian netizens expressed their disappointment that the Indian judiciary still carries “colonial baggage” after all these years of independence.

Why in the world are Courts in India still using words like My Lords..some have started to believe they are our Lords.. https://t.co/uu94WBgV1W

Ah, the ego and the vanity. https://t.co/i0EwQHqQh6

Yeah because “My lords” does not have any colonial hangover at all. 🙄 https://t.co/fRQFlum8Nb

Reminds me of how bully seniors would take offence at first year students not starting and ending a sentence with “sir”. https://t.co/t9K8tFyccK

​In India, Supreme Court and High Court judges are addressed as My Lord of My Lady – hangovers from the English traditions. However, the term “Your Honour” is an American title in court proceedings.

In a similar court incident in August 2020, CJI Bobde slammed another lawyer for using “Your Honor” in the court.

At the time, the lawyer argued that India does not have a particular law about addressing a judge in courts.

CJI Bobde, however, then requested the lawyer to use terms that are practised in Indian courts.

In recent years, several petitions have challenged the use of colonial terms in democratic India – that are still reminiscent of slavery for Indians. Although some judges demand to be called “My Lord” or “My Lady”, some have taken the radical step of requesting to be addressed as “Sir” or “Madam”.

Previously, the Punjab and Haryana High Court Bar Association asked members to address judges as “Sir”. In July 2020, the Calcutta’s High Court Chief Justice Thottathil Bhaskaran Radhakrishnan also advised all legal officers under the high court jurisdiction to address him as “Sir” instead of “My Lord”.