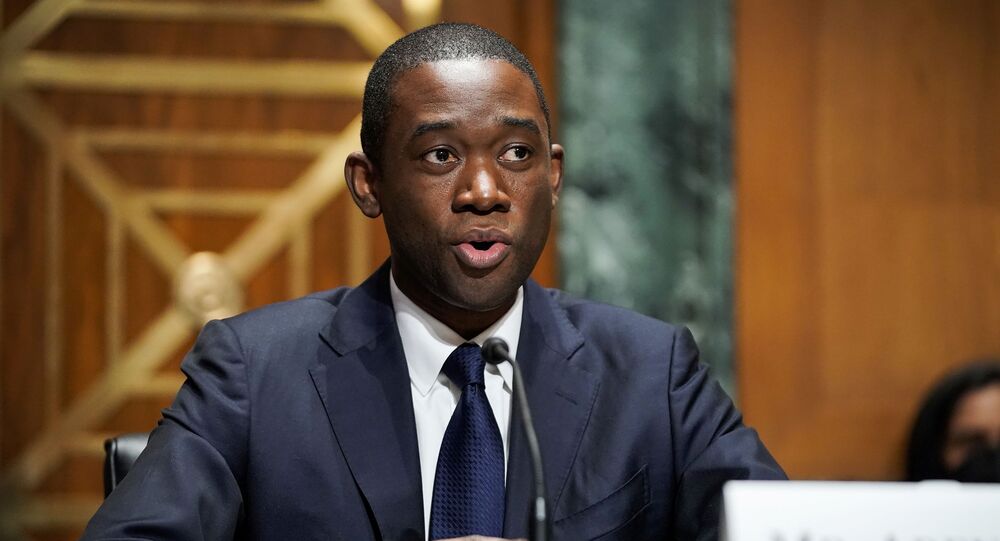 Prior to being selected as US President Joe Biden’s nomination for deputy treasury secretary, Nigerian-American economic adviser Adewale “Wally” Adeyemo notably served the first president of the Obama Foundation, a nonprofit established by former US President Barack Obama, in 2019.

During his Tuesday appearance before the Senate Finance Committee, Adeyemo was asked for his opinion on possibly allocating Special Drawing Rights – the supplementary foreign exchange reserve currency used by the International Monetary Fund – for nations struggling amid the COVID-19 coronavirus pandemic.

The 39-year-old Treasury department-nominee expressed to lawmakers that he views the pandemic as the most urgent threat to US prosperity.

“We need to be sure that countries around the world are put in a position to deal with the pandemic and its results,” the economic adviser said. “Providing financial resources to some of the most poorest [sic] countries in the world is going to be critical to our national security if we seek to make sure that COVID-19 isn’t something that continues to affect us”.

The December 2020 ‘Least Developed Countries Report’ from the United Nations’ Trade and Development Body warned that “more than 32 million of the world’s poorest people face being pulled back into extreme poverty” due to the novel coronavirus.

According to Adeyemo, it is imperative that the US does not ignore the contagious disease and allow it to spread.

If confirmed by the US Senate, Adeyemo would serve as deputy to US Treasury Secretary Janet Yellen, who secured a bipartisan 84-15 Senate confirmation vote last month. The No. 2 treasury department role requires one to weigh in on a number of US economic matters, including COVID-19 relief, support to foreign countries and government sanctions.

Adeyomo also spoke about Washington’s approach to Beijing and other so-called foreign threats in his prepared testimony, asserting the “need to work with Congress and strategically use the Treasury Department’s tools to protect our citizens from threats, foreign and domestic.”

“Treasury’s tools must play a role in responding to authoritarian governments that seek to subvert our democratic institutions; combating unfair economic practices in China and elsewhere; and detecting and eliminating terrorist organizations that seek to do us harm,” his prepared testimony read.

Senate Finance Committee Chair Ron Wyden (D-OR) applauded Adeyemo Tuesday, noting that he has spoken to the 39-year-old nominee about the COVID-19 pandemic, as well as the “existential threat of climate change, and taking new approaches to address racial disparities baked into our economic policies.”

Adeyemo appears to have bipartisan support from the committee, as Sen. Mike Crapo (R-ID), ranking member of the Senate Finance Committee, spoke optimistically of the nominee on Tuesday.

“COVID relief is just one example of an area where the deputy secretary has played an active role in the past toward bipartisan solutions, and I look forward to working with you, Mr. Adeyemo, to achieve that same result this time as we move forward,” the Idaho senator said.