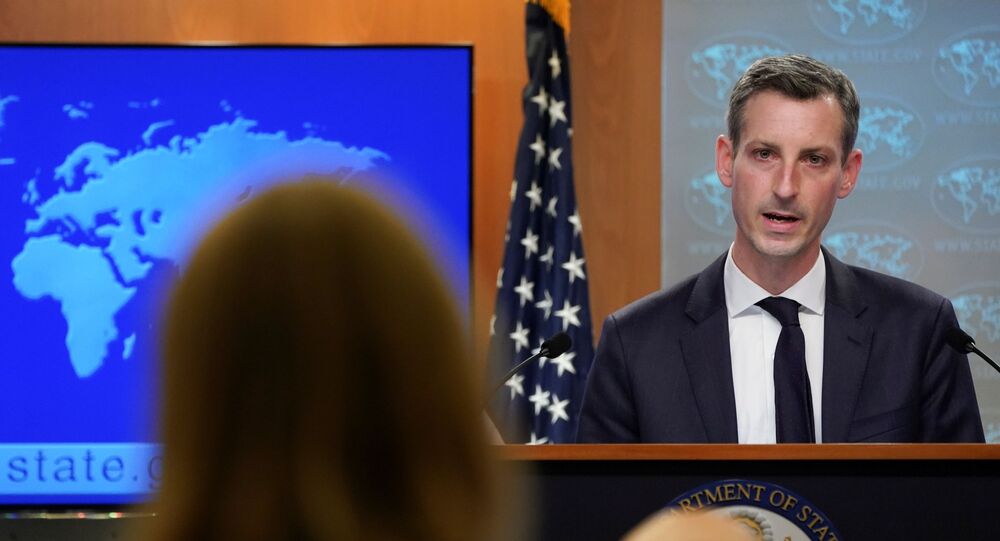 WASHINGTON, February 23 (Sputnik) – The US administration is deeply concerned over the arrest of opposition leaders in Georgia, State Department spokesperson Ned Price told reporters on Tuesday.

The United States is “deeply troubled” by the arrest of opposition leader Nika Melia and other members of the opposition in Georgia, Price said, stressing that Washington is concerned about political developments in Georgia and called on all parties to exercise restraint and to avoid any actions or rhetoric that can lead to escalation of tensions or result in violence.

The spokesperson also urged the nation’s government to act in accordance with its Euro-Atlantic aspirations, adding that Washington is watching the situation in Georgia closely.

Earlier in the day, police stormed the opposition United National Movement (UNM) party office in Tbilisi and detained its leader, Nika Melia, and more than a dozen other activists. Georgia’s opposition parties and their supporters have taken to the streets to protest the detention.

‘No One More in Touch Than Celebrities’: Choice of Eva Longoria as DNC Emcee Mocked on Social Media

Who is Janet Yellen, New US Treasury Secretary?