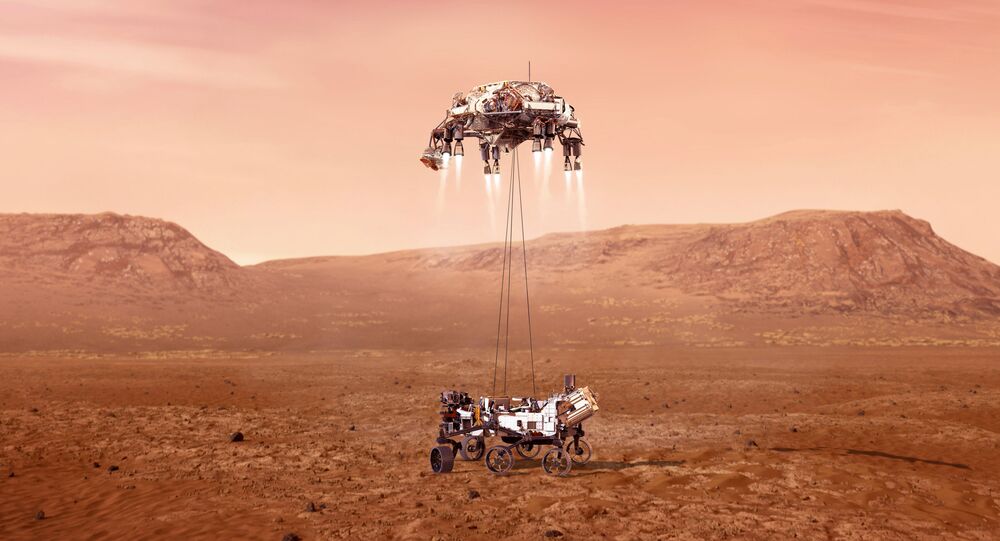 Allen Chen from the Perseverance team also remarked that there may be more hidden messages placed on the rover by engineers.

The parachute that helped NASA’s Perseverance rover touch down on Mars earlier this month apparently contained a hidden message, and now, a number of social media users announced that they managed to crack it.

According to The Verge, Allen Chen, the entry, descent and landing lead for the space mission in question, previously confirmed during a news briefing the existence of the message concealed in the parachute’s design, and dared the public to figure out its meaning.

“In addition to enabling incredible science, we hope our efforts in our engineering can inspire others,” he said. “Sometimes we leave messages in our work for others to find for that purpose, so we invite you all to give it a shot and show your work.”

If the revelations made by a number of inquisitive social media users are to be believed, said message turned out to be “Dare Mighty Things”, a motto used by the Perseverance team, as well as a set of geographic coordinates for the NASA’s Jet Propulsion Laboratory in Pasadena.

the phrase is on signs all around JPL (e.g. the EDL War Room)

redditor, /u/rdtwt1, put together a python script for the solve

I added some comments and a diagram to explain what the code https://t.co/w67mRey5Bl pic.twitter.com/ulUdtX5Uco

It looks like the internet has cracked the code in something like 6 hours! Oh internet is there anything you can’t do? For those who just want to know: #Mars2020 #CountdownToMars pic.twitter.com/yTJCEnbuLY

Chen also told The Verge that there might be more hidden message placed by Perseverance engineers on the rover.

“People can’t resist putting a little personal touch in their work,” he remarked. “But the vast majority of these will never be known — even by me.”