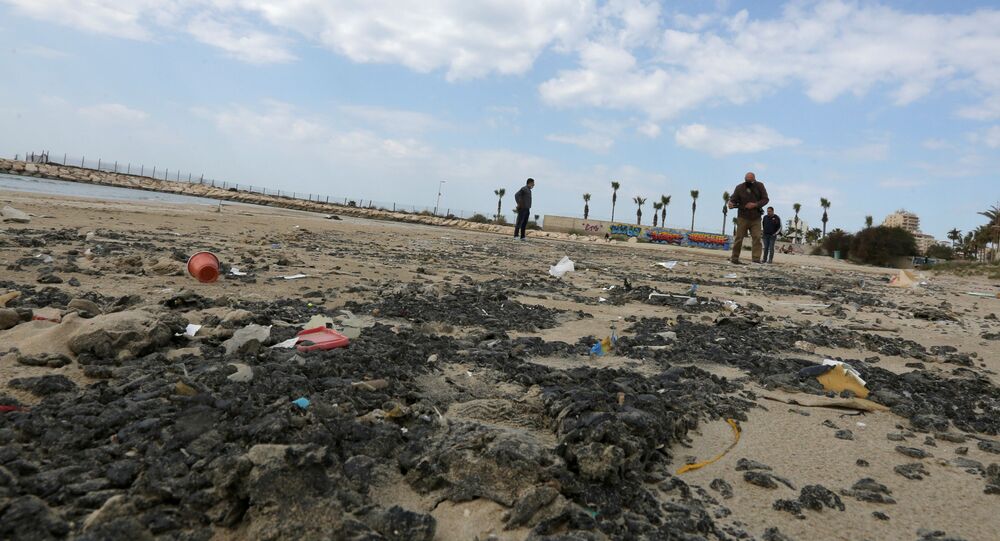 Although the maritime ecosystem is likely to heal itself, thousands of activists, who took to the shores to assist in the cleaning efforts, will probably face a number of health conditions that could include serious respiratory problems.

Cleanup efforts continue on Israeli beaches and shores as the nation is struggling to collect the tar allegedly spilled from one of the vessels over the weekend.

The incident has already been touted as Israel’s biggest ecological disaster in recent years, and Prof. Mindy Levine from the department of Chemical Sciences at Ariel University, who researched the massive spill in the Gulf of Mexico in 2010, says the event has been relatively big.

“[Although] the oil spill was not tremendous if we compare it to others, like what happened in the Gulf of Mexico, in terms of the impact on the coastline here and the wildlife of the Mediterranean Sea, it was pretty significant”.

Thousands of volunteers, activists and even IDF troops took to the beaches across Israel to step up the cleanup efforts, removing the emissions of tar, collecting dead animals and assisting those that could still be saved.

Authorities have already warned that the cleanup operation might take weeks or months and that the swim season — that usually opens in the end of May — might be delayed until all of the tar is collected.

The problem, says Levine, is that the collection of that tar might become a serious challenge.

“Cleaning tar oil is tricky. So far volunteers have been picking what they could see. But with time that tar will become smaller and it will be harder to see it. So even if it will look like there is no tar, it will not mean it will cease to exist.”

The practical meaning of this is that Israelis, who will take to the beaches during the spring and the summer, might be exposed to potential health hazards, while those who have been collecting the tar over the past several days will need to go through regular checkups, especially given the fact that many of those volunteers lacked basic protective equipment, including hazmats and masks.

“Studies that researched the oil spill in the Gulf of Mexico showed that people who helped in that clean-up operation had a much higher rate of respiratory diseases, even though they were working with hazmats. So I would expect to see long-term repercussions here too, especially among those who came to clean on a regular basis and those who didn’t use any protective gear.”

Interestingly enough though, the Mediterranean, that has been heavily polluted with the emissions of oil, is likely to avoid any dire repercussions to its ecosystem, says the expert.

The expert says it is partially due to the fact that the sea has the ability to self-heal and also because Israeli activists had resorted to the “tedious and time consuming process” of physical cleaning, which involves paper towels and sponges, rather than using chemicals, as was the case in the Gulf of Mexico, that ended up contaminating the area even more.

Levine, who monitors the situation closely, says Israel has so far been efficient in its cleanup operation but many details of the incident and its magnitude are still unknown, and that could ultimately hamper the nation’s tar collection efforts.

Part of the problem was that on Monday Israel placed a gag order on the investigation of the incident, a move that has been described by the local media as “irregular”.

A day later, that limitation has been partially lifted but the names of the people responsible for the calamity as well as the causes of the disaster and its magnitude are still being kept in the dark.

The vagueness around the incident prompted discussion on social media networks as to what could have prompted the Israeli authorities to impose such tight censorship over what seems to be a regular accident.

While some suggested it could have been triggered by some diplomatic considerations, others were saying Israel knew about the spill but didn’t bother to lift a finger to prevent the oil from reaching its shores.

Just like the rest of the country, Levine doesn’t have answers to the question of what stood behind Israel government’s move to place that gag order, but she says that the Jewish state could have acted more quickly in responding to the threat that emanated from the sea.

“Israel needed to be more on top of the initial reports when they just came out. It could have prevented that tar from reaching the shores. [Then when it finally did], it needed to ensure that those people who took to the shores to collect that tar should have been properly protected, and had to make sure that the general public stayed away from the country’s beaches.”

EU-Turkey Migrant Deal: Will Turkey Continue to be a ‘Waiting Room’ for Refugees?