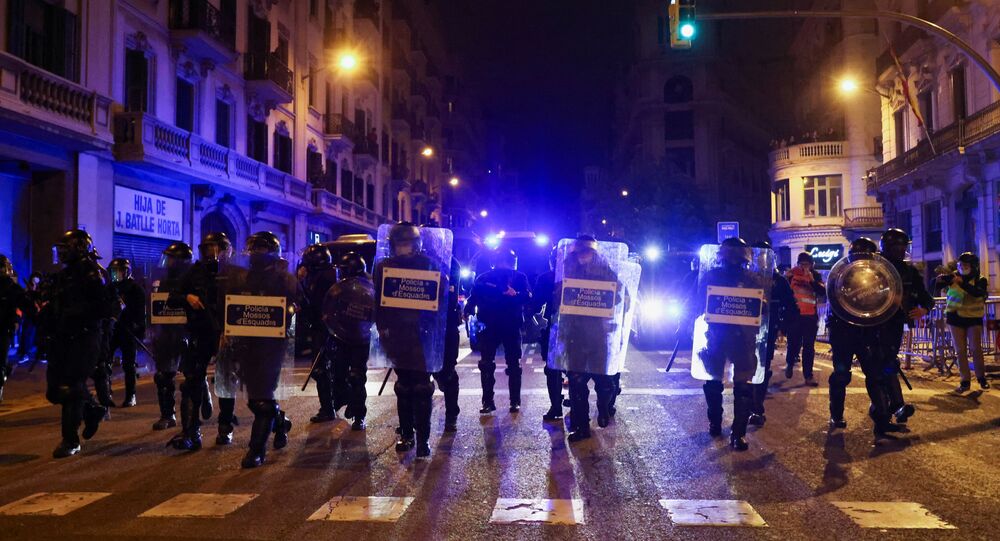 On Sunday, the police arrested eight people after protesters clashed with law enforcement officers. 11 people were injured during the demonstrations, three of whom were taken to hospital.

Sputnik is live from Barcelona in Catalonia, Spain as protests over the arrest of rapper Pablo Hasel enter their seventh day.

A day earlier, the police detained eight protesters, including for robbery, public disorder, and attacking officers.

Catalan rapper Pablo Hasel was arrested earlier this month after refusing to voluntarily go to prison. He had previously been handed a nine-month jail term for casting a slur on the Spanish monarchy and glorifying terrorism in his songs and social media posts.