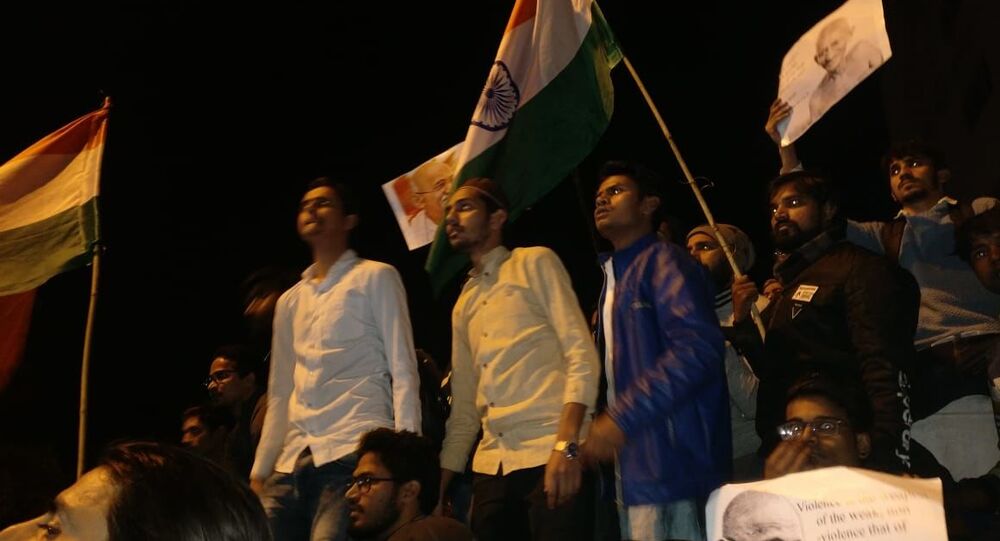 A total of 53 people died and many more were injured during the urban riots last February in northeast Delhi. The riots erupted after a speech by a BJP leader, Kapil Mishra, during which he had given police a three-day ultimatum to remove the Citizenship Amendment Act (CAA) protesters, mostly Muslims, who were blocking the roads.

A year has passed since northeast Delhi’s neighbourhood riots, a member of the governing Bharatiya Janata Party (BJP) Kapil Mishra, who was condemned by different sections of society over his speech which is believed to have led to four days of violence in 2020, has evoked netizens’ criticism.

“If needed again, I’ll do it again,” Mishra said on Monday during the launch of the book Delhi Riots 2020: The Untold Story.

He said he has no regrets about the speech that he made on 23 February 2020 in which gave law enforcement a three-day ultimatum to scatter protesters, mostly Muslims, demonstrating against the Citizenship Amendment Act (CAA) and blocking the roads in the Indian capital.

“Whenever roads will be blocked, and people would be prevented from going to work, or children to school, there will always be a Kapil Mishra to stop that,” the BJP leader said on 23 February.

Mishra’s speech last year had allegedly raised tensions in the northeast Delhi region and led to skirmishes that afternoon between groups opposing and supporting the government’s Citizenship Amendment Act. The chaos lasted about four days, forcing hundreds of people to flee their homes to escape violence.

One netizen said the BJP leader had made a provocative statement and laws like the Unlawful Activities (Prevention) Act (UAPA) related to preventing actions against the integrity and sovereignty of India, are only affecting the Muslims.

​-@KapilMishra_IND, whose provocative statements like ‘Goli Maaro Saalo Ko’ led to the #DelhiRiots, says he has no regrets & If he had to, he’d redo what he did on Feb 23 2020. He should be in Jail, but this govt thinks climate activists are a bigger threat than mob instigators!

Kapil Mishra openly saying to repeat Anti Muslim pogrom in Delhi but @DelhiPolice don’t have guts to arrest him for hate speech.

UAPA reserved only for Muslims in this country.
https://t.co/wEHqEvAZjA

Earlier this month, a Delhi court directed the police to submit a report on a petition seeking a first information report (F.I.R. or, official police complaint) against Mishra for his role in inciting the urban violence in Delhi.

The riots broke out over the Citizenship Amendment Act (CAA). Enacted in December 2019, the CAA grants citizenship to “persecuted” Hindus, Sikhs, Christians, Buddhists, Jains, and Parsis from Pakistan, Bangladesh, and Afghanistan, who had arrived in India before 31 December 2014. The law, however, excludes Muslims, which has angered many people, who view it as discriminatory and unconstitutional – something the federal government strongly denies.