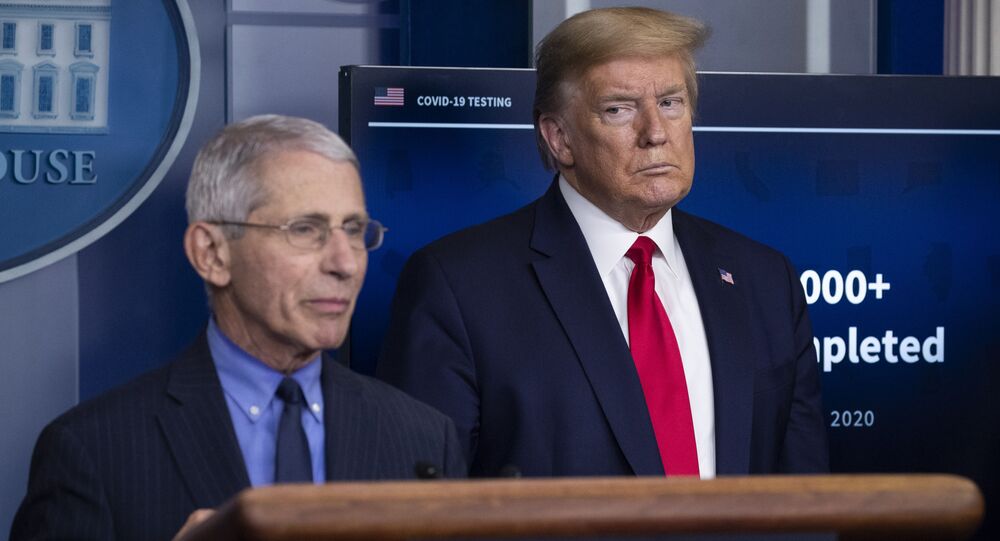 Former president Donald Trump and Dr Anthony Fauci were often at odds over the official response to the coronavirus pandemic last year. The infectious diseases chief used an interview with the UK’s Daily Telegraph to compare Trump unfavourably to his new boss Joe Biden.

US coronavirus tsar Dr Anthony Fauci has claimed his former boss Donald Trump was lucky to survive his infection with COVID-19 last year.

Fauci, who was kept on as director of the National Institute of Allergy and Infectious Diseases by new President Joe Biden, said 74-year-old Trump’s age and weight put him at increased risk from the deadly virus.

“He could have gotten into serious trouble. I think he was quite fortunate,” Fauci told the UK’s Daily Telegraph.

He and his wife Melania were admitted to the Walter Reed Medical Centre near Chevy Chase, Maryland, on Friday October 3 2020 after they both tested positive for the the virus. They were discharged on Sunday October 5, apparently in good health.

The fastidious Fauci, who notably declared in April last year “I don’t think we should ever shake hands ever again” after the pandemic, alleged at the time that a White House reception trump threw a week before his hospital to unveil Amy Coney Barrett as his Supreme Court nomination was a “superspreader event”.

The 80-year-old health chief praised his new boss, recalling comments Biden — a lanky 5’ 11½” at 78 years old — made to him after his inauguration last month.

“We’re going to let science rule. We’re going to go by the data, the evidence and the science. We’re going to make some mistakes, and when we do we’re not going to blame anybody. We’re just going to fix it”, Fauci quoted the new president as saying. “That was to me like, ‘Oh my goodness!’.” 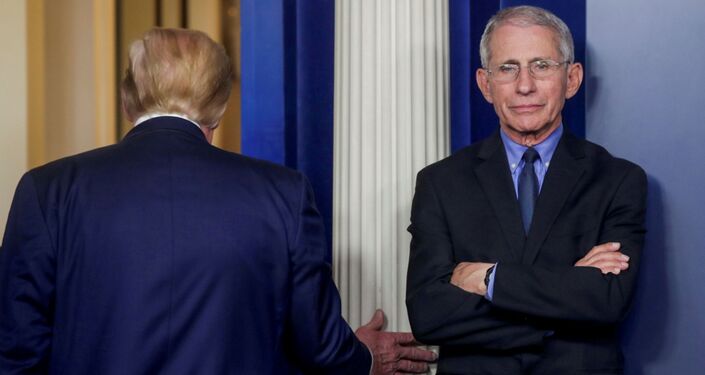 JONATHAN ERNST
‘Donald Trump Being Donald Trump’: Fauci Tells NYT What it Was Like Working With 45th US President

Last week the New York Times cited un-named sources who claimed Trump’s condition during his weekend stay in hospital was worse than he admitted, and that he was almost put on a ventilator.

But that account is undermined by Trump released a video from inside the hospital during his stay, before giving a public speech on the White House balcony just after his release.

Twitter Faults Algorithm for False Ban on Rep. Marjorie Greene After Her ‘He is Risen!’ Easter Tweet