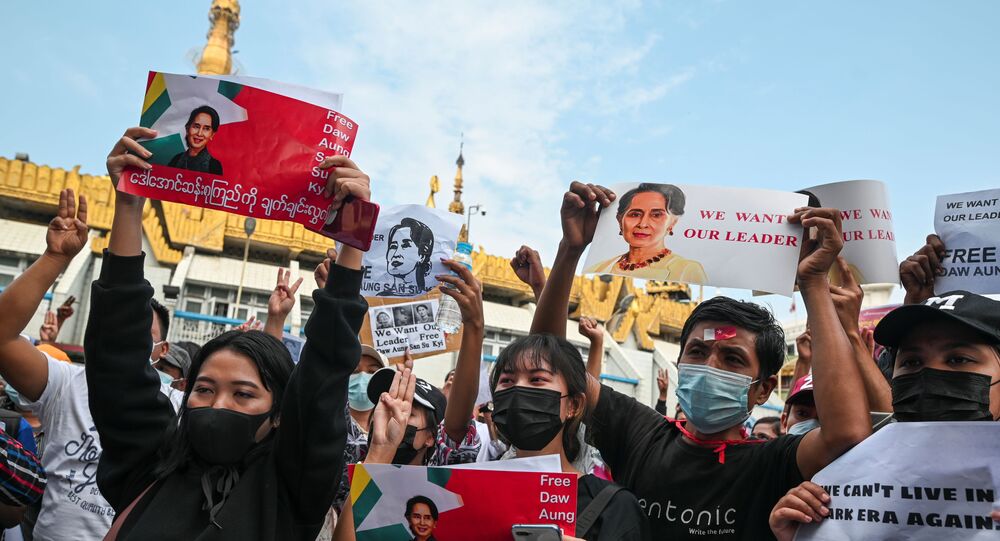 In the wake of the Myanmar military seizing power and declaring a year-long state of emergency several rounds of demonstrations have hit the Asian country this month, resulting in clashes between police and protesters.

Sputnik is live from Yangon as mass protests continue to rock Myanmar’s largest city, as well as other areas of the country.

The protests come after the Myanmar military arrested the head of the government Aung San Suu Kyi, President Win Myint, and other senior officials on 1 February. The armed forces accused the National League for Democracy (NLD) of voter fraud during the November 2020 elections and promised to hold a fair vote next year.