Although the Trump administration was no stranger to the bevy of criticism it received from the American public and abroad, disapproval seemed to reach a new level when former US President Donald Trump began to question whether bleach injections and sunshine were effective COVID-19 treatments during the height of the deadly pandemic. 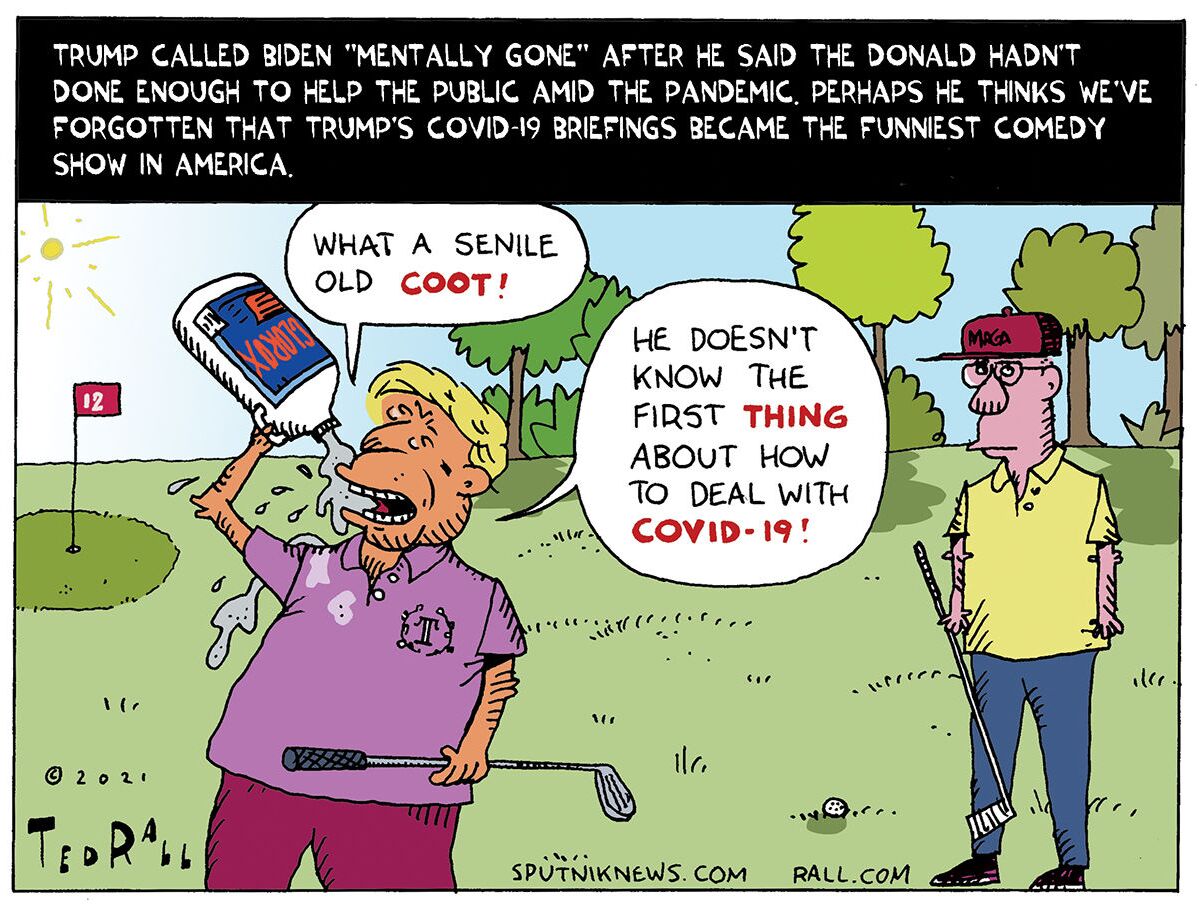 Trump recently prompted the systematic raising of eyebrows after he lashed out at US President Joe Biden for criticizing his administration’s efforts to clamp down on the spread of SARS-CoV-2, the virus that causes COVID-19.

In a Wednesday interview with Newsmax host Greg Kelly, Trump called Biden out after the commander-in-chief misspoke and stated the former president had left the White House with “no vaccine” in place, despite the fact that Biden received both doses of his Pfizer vaccine weeks before taking the presidential oath.

Trump went on to say that Biden was “either not telling the truth or he’s mentally gone – one or the other.” However, it appears as though Trump may have completely forgotten he made more than just a handful of missteps during his time in office, namely that he asked health officials on the White House coronavirus task force whether a treatment could be created with disinfectant and the sun’s rays.

Although Trump later reiterated he was making a sarcastic joke, it’s safe to say he more than missed the mark as The Donald’s statements even forced Lysol, a brand of cleaning products, to issue a warning against the consumption of its disinfectants.

The Fight Goes On

Bolton Down the Hatches