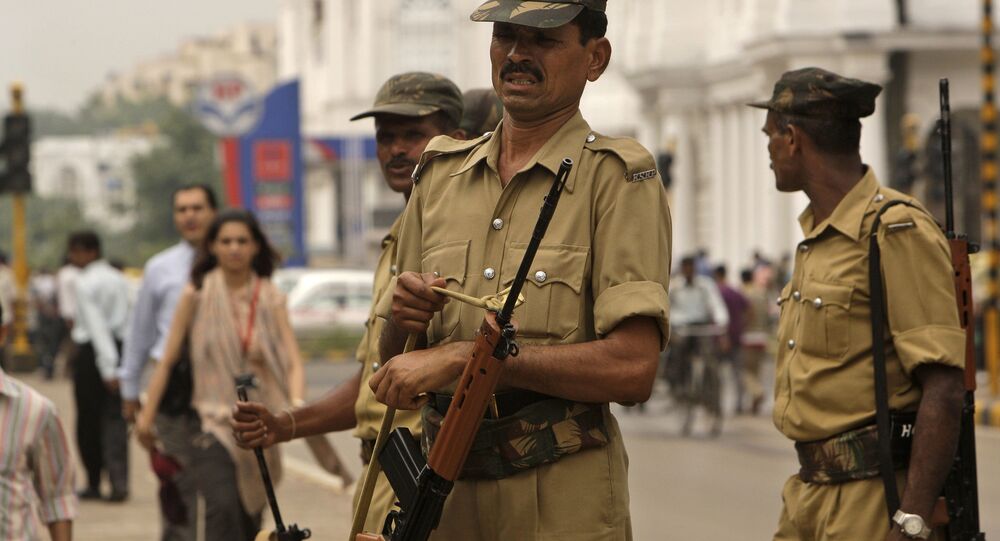 The three underage Dalit (disadvantaged caste) girls, aged 13-17, from Uttar Pradesh had left home on Wednesday afternoon to obtain animal fodder. When they did not return home by late evening, the family started a search and found two girls dead in a field and the third girl unconscious; she is in hospital in critical condition.

A yet another shocking incident of atrocities against Dalit girls in Unnao district of Uttar Pradesh has triggered massive outrage on social media, raising questions on the safety of women and people from oppressed-community in the country.

While the two girls, who were cousins, were found tied up with clothes late in the evening in a field in Unnao district’s Babura village, the third girl was found unconscious; villagers took her to a local hospital immediately.

As an investigation is underway, the local police said that it could be a case of poisoning, with no signs of a struggle at the site and no injury marks found prima facie on the girls.

​With #DalitLivesMatters, netizens have taken to social media expressing their anger over the incident, which took place on Wednesday.

To ensure justice in Unnao case we demand
1. Post mortem of 2 deceased should be conducted at AIIMS, Delhi with a panel of Doctors including from SC/ST community.
2. Post mortem should be videographed to avoid any discrepancies
3. Survivor should immediately be shifted to AIIMS.

​Tweeting about the horrific incident, Bollywood actress Richa Chadha said, “Heaven and hell exist on Earth and Unnao is hell for women, particularly the most vulnerable of them (sic).”

Heaven and hell exist on earth and Unnao is hell for women, particularly the most vulnerable of them. Prayers for the girl who’s battling for her life, cold rage that this keeps happening. Unnao will NOT be Hathras. Bring the guilty to justice, now. #Unnao #DalitLivesMatter

While actress Swara Bhasker said that the horror in Unnao is the result of a culture of impunity enjoyed by criminals, filmmaker Onir wished for more safety of girls and women.

Make no mistake.. horror in Unnao is the result of a culture of impunity enjoyed by criminals.. especially in cases of crimes against women.. Dalit Women.. this is what happens when you sacrifice governance to the altar of the cow, the temple & a relentless politics of bigotry.. https://t.co/lMi9aRHX6n

This is horrific. Wish this was state would focus more on the safety of girls and women then ranting about love . #unnao @Uppolice shameful .. https://t.co/RZbcLXzTWJ

Many netizens have been sharing videos of the Dalit girls’ family grieving and demanding an immediate police investigation into this case.

While six police teams have been formed to investigate the matter, a dog squad was also called to the spot.

Two girls – one gone one struggling and all we can do is watch helplessly… where is the law and order in this country …. are women ever going to be safe #Save_Unnao_Ki_Beti

Utter Pradesh,
Major incident in UP’s Unnao, 3 girls were found tied in the forest, 2 girls died, 1 in critical condition. Fear of killing both girls 3 girls went to take cattle feed. Both the girls killed are from Dalit society.#DalitLivesMatter pic.twitter.com/pBIq14VjEM

​This is not the only case of atrocities against Dalit girls in Uttar Pradesh, a northern state in India. In October last year, the gruesome gang rape case of a dalit girl in Hathras district shocked the entire nation and triggered massive protests in India.

As per the government data, over 4,200 cases of atrocities targeting Dalits and Tribal citizens in the country were reported. In India, the government guarantees special status to those once thought of as “untouchable”; these groups are called “Scheduled Castes and Scheduled Tribes”).