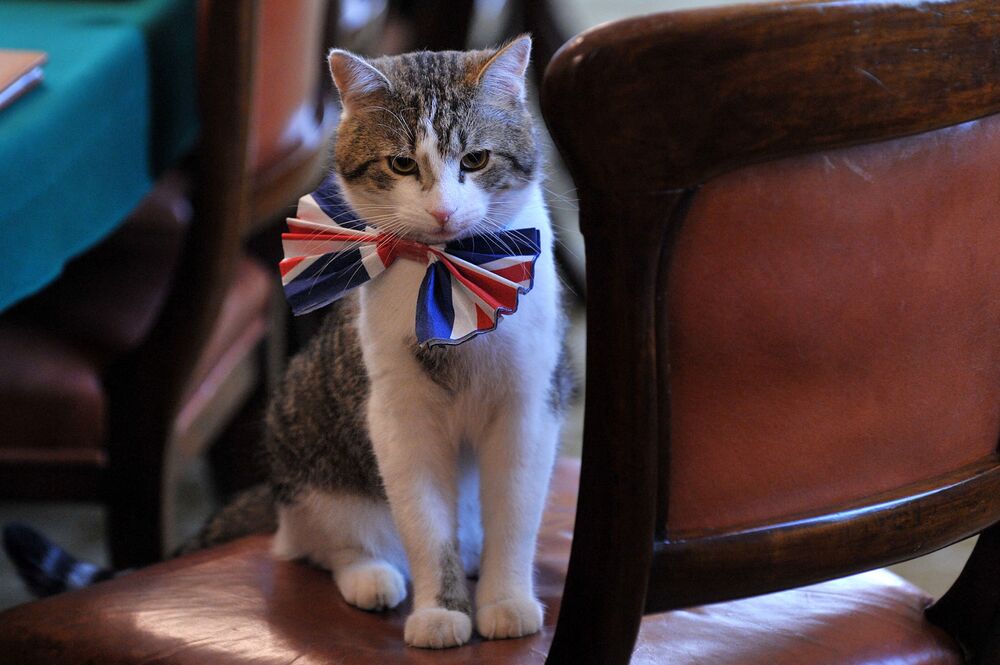 A brown-white tabby has outserved two British prime ministers and is now sharing his lodgings with a third one.

Meet Larry the Cat, the chief mouser at the Cabinet Office, who has been on watch at 10 Downing Street since 2011.

While prime ministers come and go, and decisions on major political events shake Downing Street’s walls,  there is always a cat that holds the fort and protects No. 10 from encroaching rodents.

Larry’s career in “the office” was marked by two major events, which could have had political consequences. First, the cat sneaked under then-US president Dpnald Trump’s limo while he was paying a visit to Downing Street in 2019, making it hard for security agents to assess the situation.

Another memorable moment involving the feline was captured not that long ago: on 24 December, as the British and European public eagerly awaited an update on the post-Brexit trade deal, Larry was spotted “hunting” down a pigeon in front of cameras. He’s always in the spotlight!

This time around, Larry is probably hunting down another intruder, so let us just wish his eyes remain bright and clear and his teeth stay sharp, while his sense of smell only grows stronger.