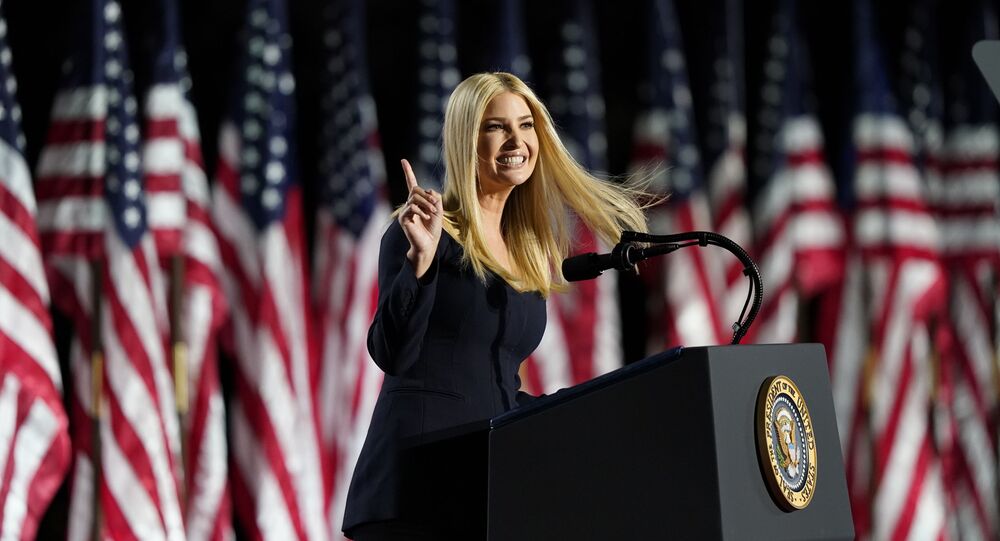 The 39-year-old, who worked as a senior adviser to her father, has moved to Miami, Florida with her husband Jared Kushner, which makes her eligible to run for federal offices next year. Reports previously said that she was among the top GOP candidates voters wished to see elected.

Speculation about Ivanka’s Trump political future has been rife for several weeks and now several members of the Republican Party have broken their silence to comment on a potential run for the Senate. Reports indicated that Ivanka may challenge her father’s loyal ally Marco Rubio in Florida. Many in the GOP said it is unlikely that the 39-year-old will run against Rubio, who is popular among Republican voters, especially among Hispanics.

High-level insiders, who spoke with the Florida-based Tampa Bay Times, said there is almost no chance that Ivanka would run for the Senate. The newspaper noted that many of these individuals preferred to stay anonymous because they feared they might anger one side or the other.

Trump’s staunchest ally, Brian Ballard, was among those who agreed to speak openly. He dismissed reports that Trump’s daughter may run in Florida.

“Should Marco Rubio choose to run for re-election — and I hope he will — he will be the Republican nominee. I haven’t spoken to Ivanka Trump, but I don’t believe she will run. Marco Rubio is a bright star in our party, an important leader in the Senate, and he was exceptionally loyal to Trump. It would make no sense for anyone to challenge him”, Ballard said.

However, there were those who contended that Ivanka would pose a serious challenge to Rubio. Although not many Republicans believe she has a chance to beat the senator.

“Donald Trump is still totally popular among Republicans, at least in my area in Sun City Centre. I can’t say it strongly enough. And I think more than 90 percent of the people who like Donald Trump would vote for his daughter”, said Dick Inglis, president of the large retiree community’s Republican Club.

Rubio’s Response and Criticism of the Senator

Responding to the Tampa Bay Times, Rubio’s spokesperson cited Florida blogger Javier Manjarres, who, in turn, quoted an unnamed official from the Trump administration as saying that Ivanka won’t run for the Senate.

When interviewed by Fox News two weeks ago about a potential face-off with Ivanka, Rubio failed to respond directly to questions and only said he expects a “competitive race”.

“If you’re going to run statewide in the state of Florida, you’re going to have a tough race, and that might include a primary. That’s their right under our system. I don’t own the Senate seat”, he said.

Spokespersons for the Trump family have not commented on the matter yet.

Marco Rubio, however, has often been criticised by some GOP members for not being Republican enough and is often taken to task for flip-flopping on issues. In 2013, he sponsored a bill on immigration in the Senate, yet when the proposed legislation received strong backlash from Republicans, he made a U-turn and opposed the bill himself.

“Sen. Rubio has given voters mixed messages as to where he stands on various issues and what type of Republican he is. Until he clears that up, there are people who will not support him again. But there is a very strong group of Rubio supporters as well”, said Trump Florida campaign strategist Karen Giorno.

Trump Was Rejected as Pranker 18 Times Before Contacting Georgia Secretary of State, US Media Claims