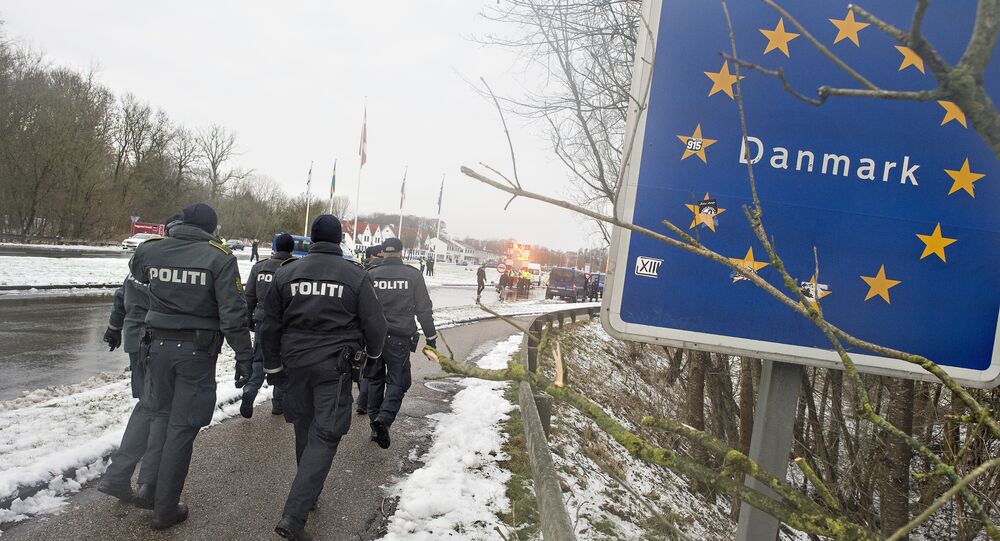 During the joint raid, a batch of explosives was seized along with Daesh* symbols and propaganda material, as well as a copy of the Quran, with parts about the fight against “infidels” emphasised.

Danish and German police have after a series of concerted raids in both countries seized a group suspected of obtaining explosives and forging terrorist plans, Danish Radio reported.

A total of 14 people were arrested, some 13 of them in the Danish region of Zealand. Three Syrian brothers, aged 33, 36, and 40 were singled out as leaders. Two of them were arrested during the raids in Denmark, along with a batch of chemicals. The third was arrested in the German state of Hesse.

According to the Danish security police PET, the arrested individuals had either accumulated weapons and components to build explosives, or assisted in the process.

Chemicals, including sulphur, which the police suspect may have been used to make a bomb, were found in connection with searches in Holbæk, Denmark.

During a raid on a home in the German town of Dessau, in the federal state of Saxony-Anhalt, ten kilos of gunpowder and a homemade flag adorned with Daesh symbols were found. So far, it is unclear whether the arms were intended for a single attack or several.

Propaganda material linked to Daesh, which has previously been linked to several terrorist attacks in Europe, including those in Paris in November 2015, where 130 people were killed, was also found. Another important find was a copy of the Quran in which sections dealing with the fight against “infidels” were emphasised.

“Unfortunately, the case shows that the terrorist threat against Denmark remains serious. But we have a skilled and vigilant police force that has shown that they take care of us. A big thank you must also go to the German authorities, with whom PET has had good cooperation in this case”, Hækkerup tweeted.

​The joint raids by the Danish and German police were triggered by an internet purchase of several kilos of chemicals, including sulphur, which provided law enforcement with important clues and leads.