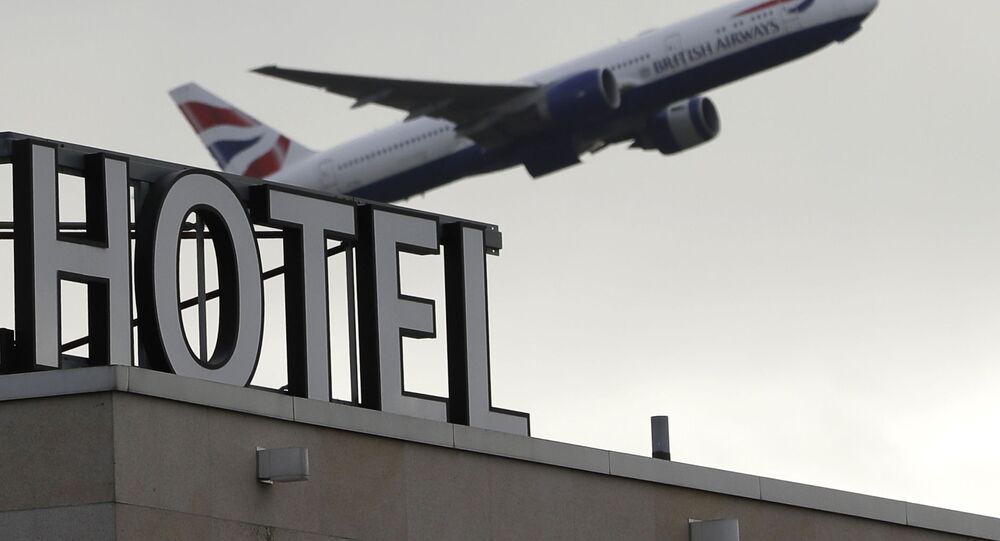 Questions have been raised about the legality of forcing entrants to pay for their own quarantine and medical testing, as certain international treaties, signed by Britain, expressly forbids doing so.

Britain’s quarantine booking portal, for visitors arriving from so called ‘Red List’ countries, went live on 11 February 2021. Anybody entering the UK from any of a current list of 33 ‘banned’ countries will have to prove they have tested negative for COVID-19 before entering either England, Wales, Scotland or Northern Ireland. People will also have to purchase a quarantine hotel package, which will cost £1,750 per person, via the booking portal.

The rules were justified by the Health Secretary as part of a series of measures designed to “tackle new variants” of the novel coronavirus, which might be more serious, more transmissible or simply not covered by the current vaccines being handed out to the population.

The negative COVID test will have to have been completed three days before a person arrives to the UK. Passengers must also complete a “passenger locator” form two days before arrival. The forms will be checked by the transportation carriers as well as airline and border staff.

The government is also threatening hefty fines for those who fail to comply with rules. A person who doesn’t quarantine in a “designated hotel” can expect a fine costing anywhere between £5,000 – £10,000. Failure to take a mandatory test upon entry will result in a £1,000 fine followed by a £2,000 fine for anyone failing to take the second test. Such actions can also result in “an automatic extension of the quarantine period to 14 days”.

It is unclear whether every aspect of the rules are completely legal under the UK’s international obligations, in particular, as they relate to forcing people to pay for their own tests and quarantine once they are on the island.

Human rights barrister Adam Wagner took to Twitter to explain why he is “dubious” that the UK government “can lawfully impose” these charges:

​In particular, Wagner notes that the International Health Regulations 2005, which the UK has signed up to, “explicitly prevent[s] charging travellers for quarantine or medical examinations”:

The UK has signed up to the International Health Regulations (IHA) 2005. These therefore create binding international legal obligations on the UK.

​As Wagner points out, UK courts won’t necessarily apply international law if there is no specific domestic legislation implementing the rules in question, but treaties “can be used as an aid to interpretation”, when domestic laws aren’t clear regarding the power being granted to the executive branch of government:

The UK has signed up to the International Health Regulations (IHA) 2005. These therefore create binding international legal obligations on the UK.

​Wagner also speculated that these new quarantine regulations will be made under the 1984 Public Health Act, though he sees no power granted for government to charge visitors for their own quarantine:

The Quarantine regulations will, I assume, be made under section 45B of the Public Health (Control of Disease) Act 1984https://t.co/54L4lHGMEr

That gives pretty broad powers but I can’t see any power to charge for quarantine. Perhaps it will be inferred from somewhere else in Part 2A?

Surely Parliament didn’t intend for the powers under Part 2A of the Public Health Act 1984 to permit a minister to make regulations which breached the express requirements of the International Health Regulations 2005?

So how can the minister have power to impose charges?
/6

​As of 11 February, there are 33 countries on the ‘Red List’, including Angola, Argentina, Chile, Congo, Ecuador, Portugal,  Seychelles and South Africa.

Price Tag on Fun: Brits Warned About Hefty Fines for Snowball Fights or Sledging Amid Lockdown