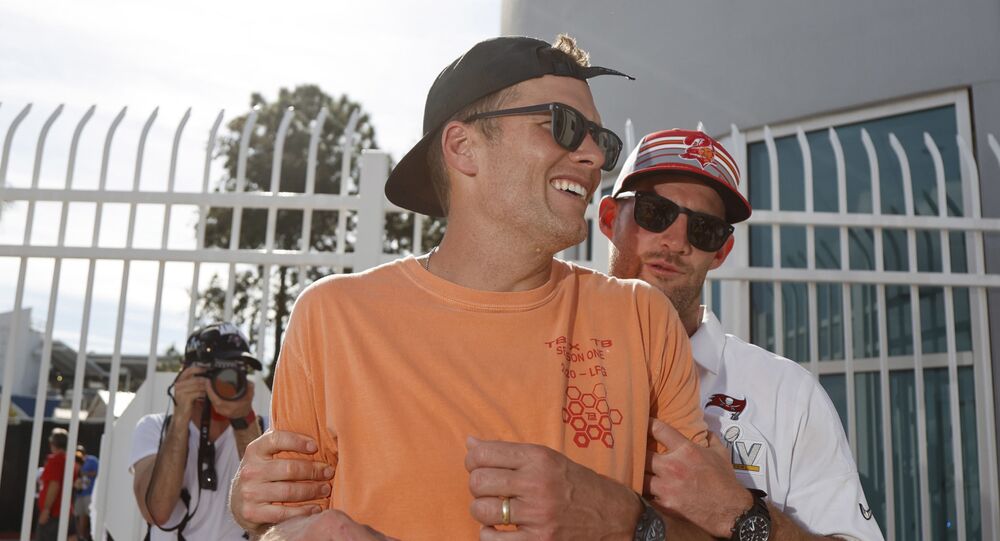 Tom Brady is a quarterback currently with the Tampa Bay Buccaneers. The latter scored a resounding win in Super Bowl LV and are the first team in the history of the NFL to win the Lombardi Trophy in their own stadium.

The triumph was witnessed by hundreds of fans who gathered to cheer on the team. Among other things, the crowd got a chance to watch Brady throwing the Lombardi Trophy from his boat to another, having his teammates catch it.

Eventually, it was a video of Brady stepping down from the boat and struggling to walk straight that propelled the “Drunk Tom Brady” to trend on Twitter.

​Brady even tweeted the video of himself enjoying the festivities, captioning it with “Noting to see her…just litTle avoCado tequila”, prompting doubts from followers that he posted it sober.

Me to the boys: “I’m not drinking tonight”
Later that night: #DrunkBrady pic.twitter.com/nLn69LSzKS

I wish I was as drunk as Tom Brady rn

​Many netizens supported and cheered on Brady. Even the Bucs Twitter account came by to express appreciation.

This was my wife’s day. How was yours? #Bucs #TampaBay #TomBrady pic.twitter.com/RMNPNxqcH8

​And of course, The Weeknd Super Bowl meme – especially relatable for a Super Bowl star.

Tom getting off the boat pic.twitter.com/M4iFNQoMxY

​Others, however, shamed Brady for appearing this drunk in public.

Tom Brady: as good at Twitter as he is football.

Every time I even TRY to like Brady, he gives me yet another reason not to. Honestly, this is embarrassing and not cool. He’s got the rings but never the class.

Glad to see the rich are still getting drunk brainless and maskless.

The Tampa Bay Buccaneers are the first NFL team to play and win a Super Bowl in their home stadium. The victory marked the team’s second Super Bowl triumph, having won their first title in 2002.

Brady, considered by many fans of the game to be the greatest quaterback in the history of the sport, spent the first 20 seasons of his career with the New England Patriots, appearing in 9 Super Bowls and winning 6. He joined the Bucs for his tenth Super Bowl visit and seventh win in March 2020.