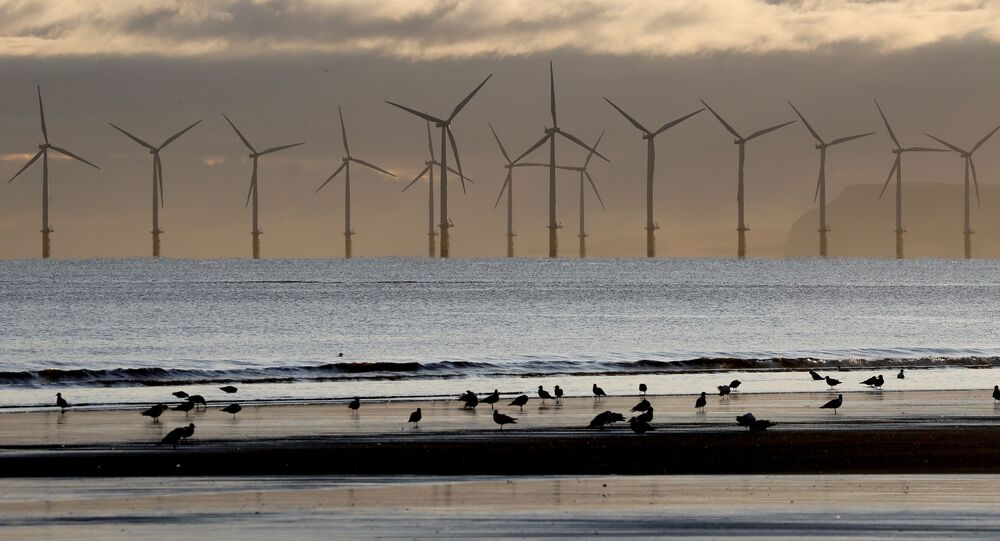 Billed as the most expensive construction project in Danish history, the so-called “energy island”, seen as the cornerstone of the country’s green transition, will be situated some 80 kilometres off the coast in the North Sea.

The Danish government has with broad cross-party support of the parliament approved the financial framework to build the world’s first energy island.

The plan for the island, located about 80 kilometres off the coast in the North Sea and expected to be the size of 18 football pitches, is to collect and distribute energy from 200 offshore wind farms in the area, Danish Radio reported. With a capacity of 3 GW, enough electricity to cover 3 million homes, the island is designated to play a major role in Denmark’s green transition. At some point, the island is also to be fitted with technology that can transform green energy into fuel for ships, aircraft, and trucks.

Later, the project is expected to expand to embrace 650 wind farms and cover over 10 million homes, which is nearly twice Denmark’s population of 5.8 million.

At a cost of a whopping DKK 210 billion ($34 billion) to establish, the equivalent of five Greater Belt Bridges that link the Danish isles of Zealand and Funen, the majority state-owned project is already billed as the most expensive in the nation’s history.

“It is quite a big thing that Denmark gets a new island. We are simply changing the map”, Social Democrat Climate Minister Dan Jørgensen told Danish Radio. “This decision sets the framework for a monumental trailblazing project within the green transition. Not just for Denmark, but for Europe and the rest of the world. Only by inspiring others and developing new green solutions that others want can we do something about climate change in earnest”.

The artificial island goes hand in hand with the nation’s climate policy. By 2030, Denmark is expected to have trimmed its greenhouse gas emissions by 70 percent compared to 1990. By 2050, the idea is for the nation to become completely carbon neutral.