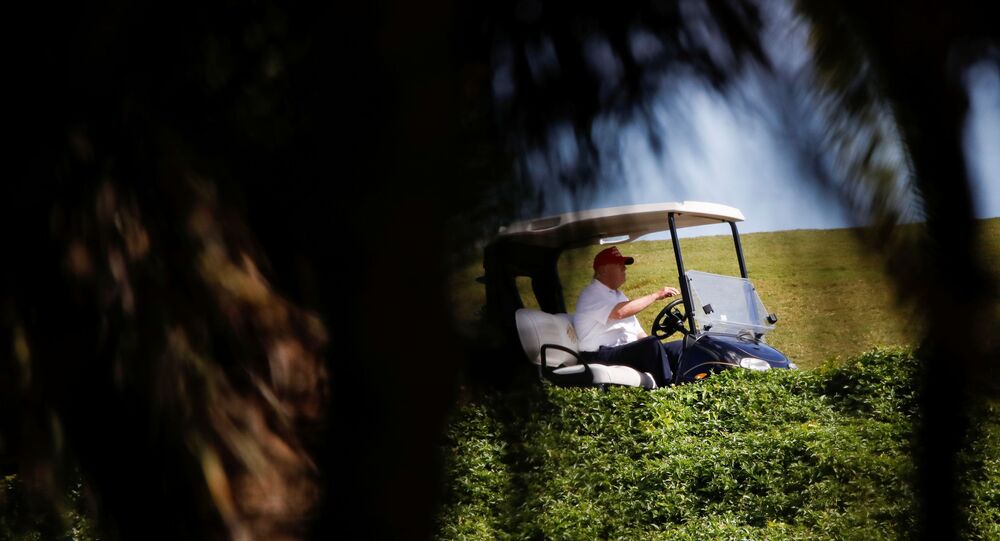 The ex-commander-in-chief reportedly does not regret being banned online, as he is taking a break from the hate directed at him on social media, nor is he bothered by the ongoing impeachment efforts against him.

Former US President Donald Trump appears to be enjoying himself after his tenure in the White House came to an end, his senior aide Jason Miller revealed Saturday.

His wife, Melania, is also happy with the current situation.

Miller told The Sunday Times that Trump left DC in a very good mood and enjoyed tender moments with his family, adding that it was the first time in many years that he saw the ex-president truly relaxed. The adviser was reportedly on board the aircaft that took Trump and his family to his Mar-a-Lago estate in Palm Beach, Florida.

According to Miller, Trump “feels happier” than ever and is even glad not to be on social media and be subjected to online hate.  Twitter, Facebook, and Google’s YouTube have all suspended the former president from their platforms over “incitement of insurrection” after Trump supporters stormed the Capitol building in a bid to prevent lawmakers from certifying Joe Biden’s victory in the election.

Miller also spoke on the second impeachment efforts against the former commander-in-chief, doubting whether Trump would actually be convicted in the impeachment trial.

“He is going to be acquitted,” Jason Miller, Trump’s senior adviser, said confidently last week. “There is no real scenario in which he is going to be convicted, so the pressure is completely off.”

The House impeached Trump on 13 January on charges of “incitement of insurrection”. Opening arguments in the Trump impeachment trial are set to begin on Monday, featuring nine US House Democrats named as impeachment managers.

Trump’s attorney Bruce Castor Jr. and David Schoen said in response to a letter from the lead House prosecutor that the ex-president will not testify under oath in the Senate impeachment trial. In the letter, they wrote that Trump was subjected to an unconstitutional legal process.

Will Biden Persuade Americans to Embrace EVs? Pros and Cons of Switching to Electric Cars