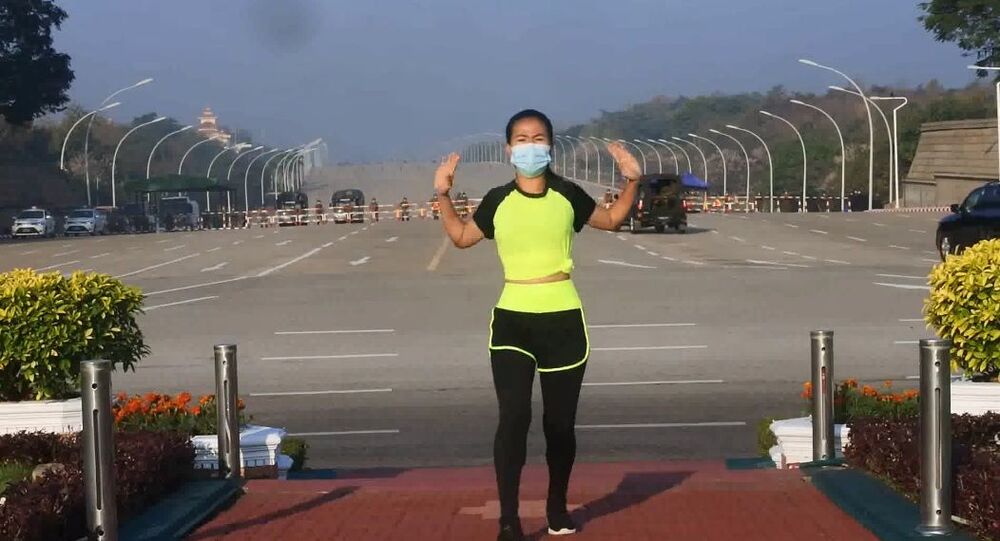 In a now-viral video, the woman is seen doing routine physical exercises in front of what appears to be a growing military presence in Myanmar.

A woman in Myanmar named Khing Hnin Wai released a clip on Facebook which shows her doing routine aerobics with a convoy of military vehicles in the background – on the same day the country’s armed forces seized power.

In a nearly three-minute video, the woman, who calls herself a physical education teacher, is seen doing a workout in front of a roadblock, and does not stop even after a column of vehicles appears behind her back.

Many netizens have questioned the credibility of the footage, but the woman said in a follow-up post that she had previously made workout videos from that exact location, with video proof attached.

On Monday, Myanmar’s military announced that it was declaring a state of emergency and was taking over control of the country for one year. In the former capital Yangon, Myanmar’s commercial hub, troops reportedly seized city hall just ahead of the announcement. Myanmar’s civilian leader, Aung Suu Kyi, along with the president and other top politicians were detained earlier in the day.