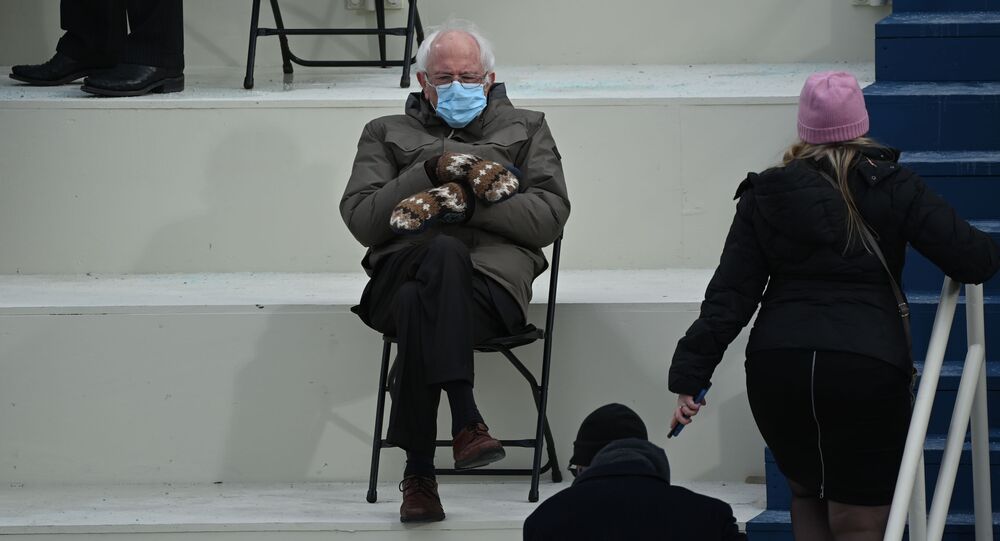 Mods that introduce Sanders’ likeness into video games have apparently already been made for titles such as Dark Souls, The Elder Scrolls V: Skyrim, Resident Evil 7, Star Wars: Battlefront II, and Fallout 4, among others.

While the picture of Democratic Senator Bernie Sanders wearing mittens at Joe Biden’s inauguration ceremony has already been elevated to memehood, with Sanders himself even using it to raise money for charitable causes, it’s spilled into the world of video games as well.

As the YouTuber and self-styled “professional memer” known as “ToastedShoes” explained, he had his friend make a “highly detailed Bernie Sanders sitting model” before contacting “the best modders in the entire gaming community” to make mods [an alteration by players or fans of a video game] that plonk the senator into various popular video games, sometimes even as a playable character.

Have I taken the meme too far yet? pic.twitter.com/1AS1ZtP7mb

A number of social media users appeared amused by this development, some of them cracking other Sanders-related jokes.

His power has gotten to the point where he can float down the hallway in his chair. He’s too dangerous to be left alive

‘Which Barber is Gonna Admit to Doing That?’ Boris Johnson Gets Haircut and Britain is Ecstatic

‘Disgusting’: CNN Anchor Blasted for Citing Tiger Woods’ Past Use of Painkillers After Severe Crash