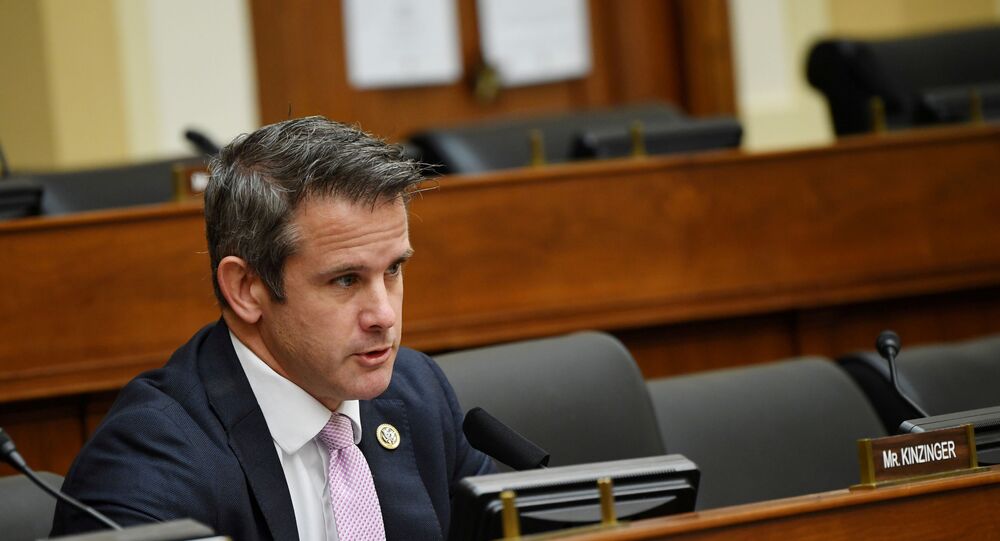 On 13 January, the US House of Representatives voted to impeach former US President Donald Trump a second time following allegations from both Democrats and Republicans that his claims of ‘mass election fraud’ had incited supporters to storm the Capitol. Ten Republicans sided with the accusing Democrats.

Republican Illinois Congressman Adam Kinzinger said on Sunday on NBC’s “Meet the Press” that he has faced harsh criticism since he voted to impeach Trump. According to him, everyone who supported him had eventually turned against him, including family and friends.

“Look it’s really difficult. I mean, all of a sudden imagine everybody that supported you, or so it seems that way, your friends, your family, has turned against you. They think you’re selling out,” Kinzinger said.

He added that he’d received “a certified letter, twice from the same people”, saying he is “possessed by the devil”.

Commenting on the recent meeting between Trump and House Minority Leader Kevin McCarthy at Mar-a-Lago in Florida, he expressed his frustration about the GOP’s current perspectives. Kinzinger pointed out that the last few weeks he saw “what seemed like the Republican Party waking up” but afterwards “kind of falling asleep again”.

According to earlier reports, Trump was making inquiries of ten members of the Republican Party who joined the Democrats to vote for his second impeachment on 13 January. He reportedly met with his political advisers shortly after the vote and demanded to know who these GOP members were and whether he had ever done anything for them.

On 13 January the US House of Representatives voted to impeach Trump for the second time following accusations that he has “incited” the 6 January Capitol uprising. The Senate will supposedly start the post-impeachment trial on 9 February; the indictment article was delivered to Senate last Monday.

Purrfect Addition to Family: Bidens Announce Cat Will Be Moving Into the White House

Day 5 of Rescue Operation at Collapsed Condo in Miami