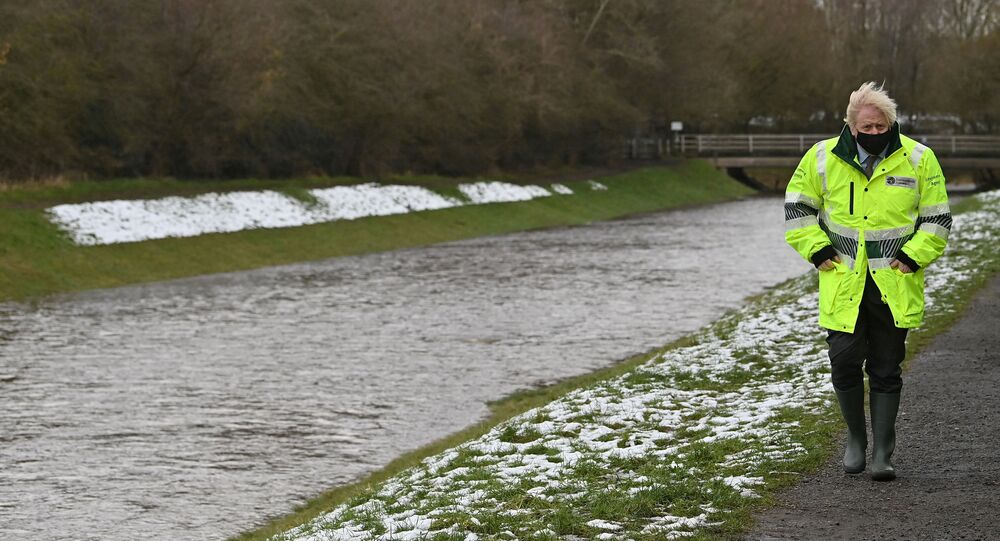 After being struck down with the virus last year, which left him in intensive care, Prime Minister Boris Johnson has made an effort to shed some weight. He was seen on Monday doing some lunges during a workout.

After the PM completed his workout, he visited a COVID vaccination centre in Batley, West Yorkshire.

Similarly, Health Secretary Matt Hancock began his week with a run, looking ecstatic in front of cameras while jogging through London.

He’s been pretty vocal about his love of running over the years, posting his exercise routines on social media.

​He’s even run along the Great Wall in China.

​The PM has suggested that exercise rules during lockdown could be relaxed in order to improve the public’s physical and mental health. With the lockdown now likely to last for another nine weeks at least, Johnson is reportedly concerned about the impact this could have on people’s well-being.

He’s tasked officials with putting together options for easing the rules, which currently restrict people to meeting just one other person for outdoor exercise once a day.

Last week, he announced that the lockdown would remain in place until 8 March, with schools set to be among the first aspects of daily life to reopen.

According to an anonymous Daily Mail source, a slight easing of the exercise rules could take place prior to schools being reopened.

“The only exception to that might be exercise. The PM keeps coming back to social contact – is there anything we could do to help a bit?” the source said.

“Could we do a bit more on exercise to help with people’s mental health? That is being looked at.”

Possible options include allowing meetings with a someone from another household for outdoor exercise more than once a day. Socially distanced exercise could also be permitted in groups of three or four, but would be more difficult to police

The government has said that the reopening of the economy and society will be slow, with shops, gyms, hairdressers, and hospitality likely to follow weeks or even months after initial easing of restrictions. Government scientists have said that social-venues such as pubs and restaurants may not be permitted to open until May.

Despite the current restrictions, Johnson previously revealed he had lost over a stone in weight following his battle with coronavirus in March last year and encourages Britons to get fit to help shield themselves from the disease.

‘I Was Too Fat.’ Prime Minister Boris Johnson Says Brits Must Lose Weight to Fight Coronavirus. “When I went into ICU, when I was very ill, I was very… I was way overweight,” PM Johnson said in a video. pic.twitter.com/TJsPnqbuOX

‘His Name is Poison’: Prince Andrew Sure to Be Left Out of Prince Philip’s B-Day Party, Author Says