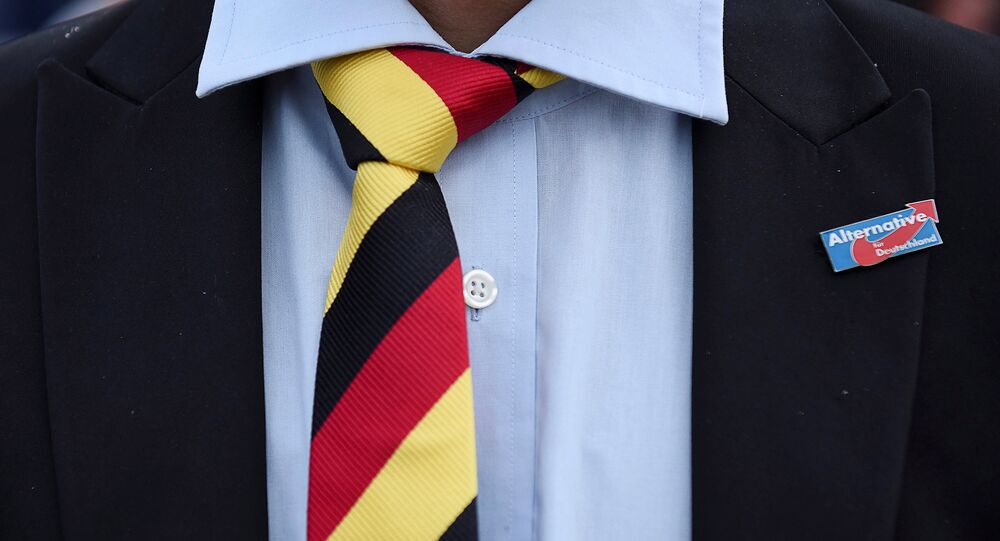 MOSCOW (Sputnik) – The German government is trying to diminish the election results of the right-wing Alternative for Germany (AfD) party ahead of the federal elections by initiating an investigation and threatening to place the entire party under surveillance over alleged ties to right-wing extremism, Albert Breininger, a member of the party said.

“According to our government, right-wing radicalism is the biggest problem in Germany, where there is no Islamic radicalism or any other issues to dream with. They are twisting facts and the concept itself: patriotism is called chauvinism, fascism or Nazism. Merkel’s government simply uses the intelligence services to spy on us. It is a political move ahead of the elections. We are the biggest faction in the Bundestag after the ruling [Christian Democratic Union] CDU,” Breininger said.

The lawmaker added that such a move was aimed at stigmatizing the party and its leadership as well as forcing people, especially public servants, to leave the party in fear for their jobs and to protect their reputation.

According to the German media, the AfD has already launched a legal motion against the BfV. The complaint cites rules governing the fair treatment of political parties.

Germany’s Federal Office for the Protection of the Constitution (BfV) is wrapping up its investigation and preparing to announce in the coming days that it is putting the entire AfD party, including all the parliament members from the country’s largest opposition party, under state surveillance for posing an alleged threat to Germany’s political system and violating the constitution. The domestic intelligence service has a wide range of powers including tapping phones and using informants to gather information.

The German federal election for the 20th Bundestag is expected to be held on 26 September.