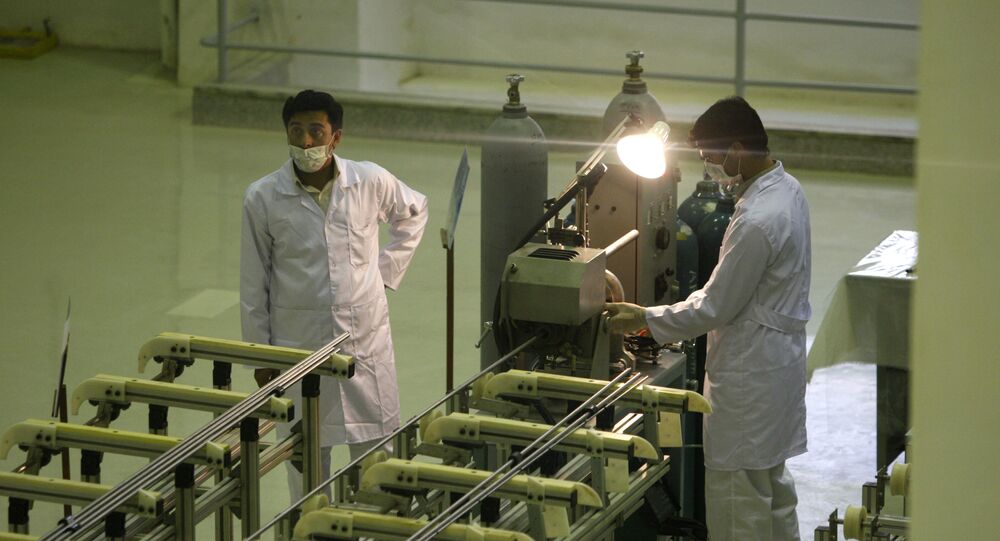 DOHA (Sputnik) – French President Emmanuel Macron is insisting that Saudi Arabia be included in talks on the reestablishment of the 2015 JCPOA nuclear deal with Iran, an Arabian news channel reported Friday.

“Dialogue with Iran will be rigorous, and they will need to include our allies in the region for a nuclear deal, and this includes Saudi Arabia,” Macron was cited as saying by Al Arabiya.

He reportedly said the mistake of the 2015 deal was that regional powers were not given a seat at the negotiating table. He warned that time was running out to stop Iran from obtaining a nuclear weapon.

Iran stepped up uranium enrichment beyond the agreed limits after the Trump administration pulled the US out of the pact and reimposed sanctions on Tehran in 2018. Iran said it was ready to recommit to the deal if the US scrapped restrictions but would not renegotiate its terms.