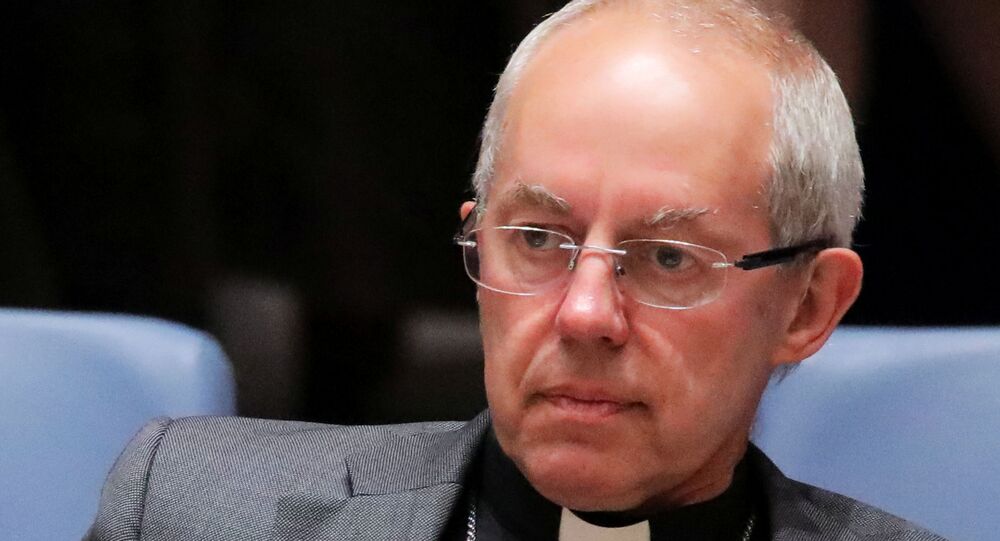 On January 22, European Health Commissioner Stella Kyriakides announced that the British-Swedish pharmaceutical company AstraZeneca would delay stipulated vaccine supplies to EU countries, while deliveries to the UK continue. Brussels temporally banned vaccine exports, as 13 percent of Britons have already been jabbed compared to 2 percent in EU.

On Friday, Brussels introduced a special transparency and authorisation mechanism for exports of COVID-19 vaccines, meaning that “such exports are subject to an authorisation by Member States”.

While the move was described as being aimed at tackling “the current lack of transparency of vaccine exports outside the EU” and, as it was put by the president of the European Commission, Ursula von der Leyen, “protecting the health of our citizens”, some politicians expressed doubt in the fairness of the move.

Following a European Commission announcement of the new export scheme, the Church of England’s leader, Archbishop of Canterbury Justin Welby, argued that the European Union was undermining its own ethics by obtaining control over the export of COVID-19 vaccines.

“The European Union was originally inspired by Christian social teaching – at the heart of which is solidarity. Seeking to control the export of vaccines undercuts the EU’s basic ethics. They need to work together with others,” the Archbishop tweeted.

Scuffle for the vaccine

European Health Commissioner Stella Kyriakides announced earlier that AstraZeneca had disrupted its vaccine supply schedule for the first quarter of 2021. The company will deliver to the EU only about 16% of the promised doses – 25 million instead of 400,000 million.

EU member states expressed dissatisfaction with the delay amid the fact the Britain had been receiving AstraZeneca jabs, produced by the company’s European plant.

The company explained that the contract with Brussels was signed later than with London and does not provide for liability for delayed deliveries as a result of honouring prior orders. AstraZeneca hasn’t respond to the request to sell about 75 million doses, produced in Britain, to the EU, threatening a lawsuit reportedly to the tune of hundreds of millions of euros.

The EU on Friday imposed restrictions on exports of COVID-19 vaccines outside the bloc, forcing European vaccine distributors to inform authorities about every supply contract signed with countries outside the EU and to obtain permission before exporting the jabs, as well, as “to provide information on their exports, export destinations and quantities.”

The rules will come into force on Saturday and will stay in place until at least March.

Later on Friday, Brussels reportedly enacted Article 16 of the Northern Ireland Protocol that forms part of the Brexit withdrawal deal in order to suspend vaccine supplies to that nation, later cancelling the decision.

‘Justice Is A Joke’: Widow of UK Police Officer Writes to PM in Attempt to Get New Murder Trial