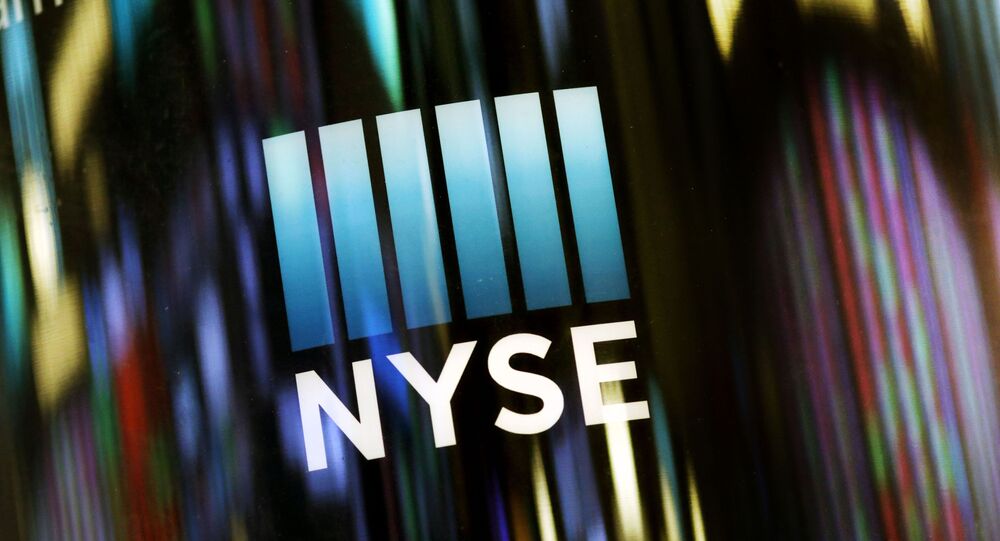 The no-fee trading app Robinhood was forced to pay a $65 million fine last month for misleading users as to the cost of trading stocks on its platform. With its most recent move to block certain trades in a volatile market, critics accuse it of sacrificing its mission to “democratize” trading to defend the wealth of Wall Street hedge fund managers.

Users of the no-fee stock trading app Robinhood have filed a class action lawsuit after the company reportedly blocked their ability to buy certain stocks on Thursday. Meanwhile, users are reporting Robinhood is selling their stocks without their permission, at rock-bottom prices.

Robinhood user Brendan Nelson filed a complaint against the company on Thursday in the US District Court for the Southern District of New York, accusing it of “purposefully, willfully, and knowingly removing the stock ‘GME’ [GameStop] from its trading platform in the midst of an unprecedented stock rise thereby depriving retail investors of the ability to invest in the open-market and manipulating the open-market.”

“Robinhood’s mission is to ‘democratize finance for all.’ They have failed,” Alexander Cabeceiras, Nelson’s lawyer, told CNBC. “They have purposefully failed this mission and failed their clients in an attempt to — what appears to be — appease their investors and/or potential investors.”

Cabeceiras claimed that “hundreds of individuals” are “reaching out to be added to this suit.”

Nelson’s complaint comes after Robinhood stopped letting users buy new stocks in several companies currently experiencing booms, including American Airlines, AMC, and GameStop, the latter of which has seen its value shoot sky-high in recent days. The stocks have been targeted by a group of amateur online traders who coordinate their efforts on the subreddit WallStreetBets on the Reddit messaging board site. Their activities have caused short-sellers, or deep pocket institutional stock traders who gamble that a stock’s value will fall in the future, to lose big as stock prices keep rising.

In premarket trading Thursday, GameStop briefly hit $500 a share; at closing bell on Wednesday, its value was $347.51 a share and just two weeks ago it was roughly $30 a share. However, after news spread that Robinhood and several other apps, such as Interactive Brokers and Webull, were halting further buying of GameStop stock, the value began to fall precipitously.

“We continuously monitor the markets and make changes where necessary. In light of recent volatility, we are restricting transactions for certain securities to position closing only … We also raised margin requirements for certain securities,” a blog post by the firm reads. Some of the stocks blocked from being purchased beyond GameStop are Nokia, AMC, Bed, Bath & Beyond, Express, Koss, and Naked Brand Group.

Motherboard reported that the decision affects more than half of all Robinhood’s roughly 13 million users, as ownership of GameStop stock is so widespread.

Robinhood users began reporting something still more nefarious on Thursday, however, asserting that the company was selling their stock without their permission.

​One email received by a user and posted on social media claims that “in light of recent volatility, we are restricting certain transactions for certain securities to position closing only. However, due to the unreasonable risk involved in brokering your position, we have closed your 4,500 shares of GME for an average price of $118.93 on January 28, 2021, at 11:24 am.” 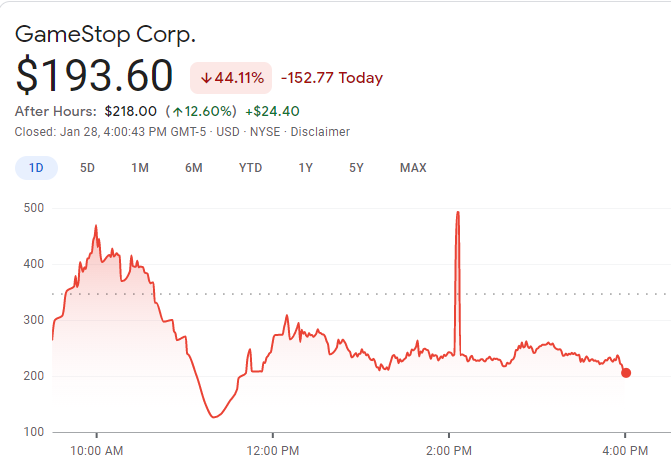 Others reported that orders for stock were cancelled and refunded by Robinhood. Michelle Witte, a journalist who co-hosts Political Misfits on Radio Sputnik, said her order of $15 in American Airlines stock was returned several hours after her purchase, with a message claiming that she herself had cancelled the order.

Haaa, no I didn’t! You canceled that for me, gang. This is wild. And I’m obviously not an investor and not doing this to make money, I just want to watch what these apps are doing. Ans: first telling us they’re protecting us, then lying to us about our own actions. Glorious pic.twitter.com/N09GZxs8EQ

Robinhood throwing itself on the grenade for hedge funds. pic.twitter.com/CljbvQEwMl

​Several days earlier, Witte said she bought some stock in Nokia, another of the firms the WallStreetBets traders have invested in, but when she went onto the app on Thursday morning, she was presented with several “very intrusive questions” about her salary, how much she was investing, what her net worth was, and more – questions never asked of her previously, even when signing up for the app.

Yeah, I got this (I did NOT cancel my order): pic.twitter.com/iZc15krskK

​Billionaire industrialist Elon Musk, whose tweets about the affair have helped to drive GameStop’s value, sounded off about the forced selloffs, calling short-selling “a scam, legal only for vestigial reasons.”

This is not the first time Robinhood has faced scrutiny for its trading practices.

Last month, the US Securities and Exchange Commission accused Robinhood of “repeated misstatements that failed to disclose the firm’s receipt of payments from trading firms for routing customer orders to them, and with failing to satisfy its duty to seek the best reasonably available terms to execute customer orders.” The company agreed to pay a $65 million settlement.

“Robinhood provided misleading information to customers about the true costs of choosing to trade with the firm,” Stephanie Avakian, director of the SEC’s Enforcement Division, said in the news release. “Brokerage firms cannot mislead customers about order execution quality.”

According to the Wall Street Journal, Robinhood failed to disclose on its website until 2018 that it engaged in the practice of payment for order flow, in which “it took payments from high-speed trading firms for sending them customers’ orders to buy or sell stocks or options.”

Dan Gallagher, chief legal officer at Robinhood and a former SEC official, told Fox Business at the time that “The settlement relates to historical practices that do not reflect Robinhood today. We recognize the responsibility that comes with having helped millions of investors make their first investments, and we’re committed to continuing to evolve Robinhood as we grow to meet our customers’ needs.”