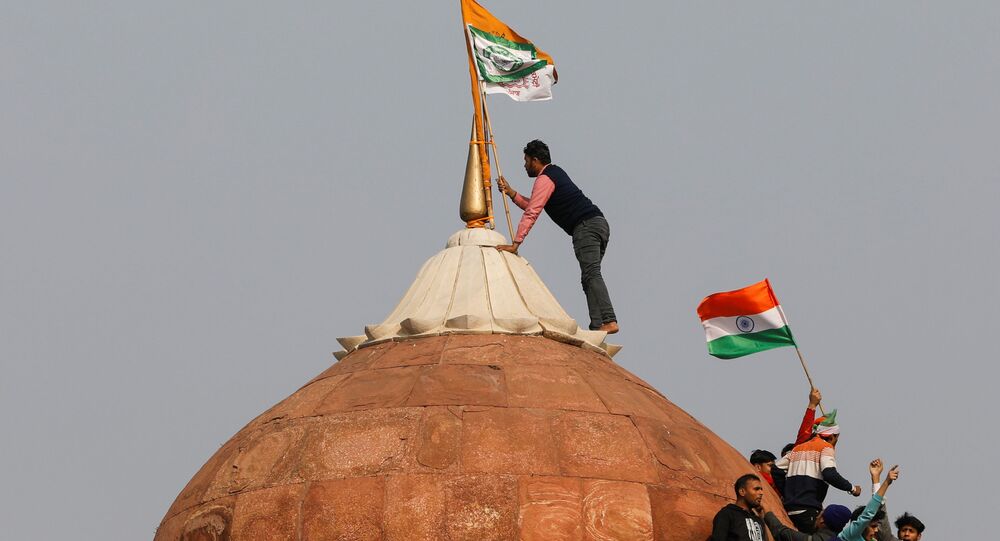 A 26-year-old farmer protesting India’s new farm laws was killed in central Delhi on 26 January after his tractor rammed into a barricade. Farmers at the site claimed that the killed farmer was shot by cops before the accident. Police in neighbouring Uttar Pradesh state have said that they didn’t find any gunshot mark on the farmer’s body.

Police in India’s Uttar Pradesh state have charged Congress parliamentarian Shashi Tharoor and several veteran journalists with sedition and other relevant provisions of the Indian law for “spreading misinformation” about the death of a farmer on 26 January during a tractor rally in Delhi.

“False information was publicised as part of planned conspiracy for political purposes”, reads the complaint, which was filed by a local businessman at Noida’s Sector 20 Police Station on Thursday.

​The complaint was registered by a local businessman Arpit Mishra, who also shared “digital evidence” against Tharoor and the journalists with the police.

Besides Tharoor, the complaint names Rajdeep Sardesai (a former consulting editor at India Today), Mrinal Pande and Zafar Agha (editors at the National Herald Group), and Vinod Jose (executive editor at Caravan), among others.

Screenshots of the tweets in which these people aired the claim that 26-year-old farmer Navneet Singh was shot by police during a protest in central Delhi on 26 January are now with law enforcement.

The 26-year-old farmer was killed near the old Delhi Police headquarters in the centre of the city as his vehicle overturned after ramming into a police barricade, according to a video shared by law enforcement. Farmers at the site, however, claim that the farmer’s tractor turned turtle after he was allegedly shot by Delhi Police.

The farmer’s corpse, which the protestors refused to move from the central Delhi location initially, was eventually handed over to his family members in Uttar Pradesh on the evening of 26 January. 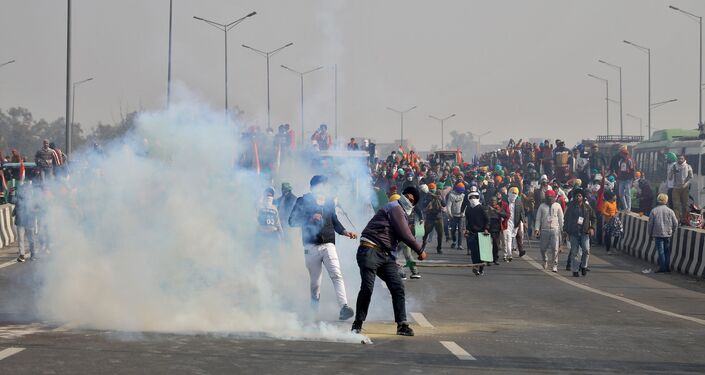 An autopsy of Singh conducted in Uttar Pradesh on Wednesday evening revealed that there wasn’t any gunshot wound on his body, local police officials were quoted as saying by ANI news agency.

The complaint against the Congress parliamentarian and senior journalists alleges that the “baseless claims” spread by these people incited farmers and led to a mobilisation of protestors at the historic Red Fort nearby.

The police have registered a complaint under Sections 124-A (Sedition), 153A (Promoting enmity between different groups on grounds of religion, race, place of birth, residence, language, etc., and doing acts prejudicial to maintenance of harmony), 504 (Intentional insult with intent to provoke breach of the peace), 120-B (Punishment of criminal conspiracy), and Section 66 of the Information Technology Act, 2000, among other relevant provisions of the Indian Penal Code (IPC).

On Friday, two more complaints were registered against the same persons at Misrod in central India’s Madhya Pradesh state. The most recent police complaints also charge Tharoor and the journalists with sedition, along with other charges.

Meanwhile, the Editors’ Guild of India (EGI) on Friday condemned the police complaint against the journalists, demanding that it be retracted immediately.

“It must be noted that on the day of the protest and high action, several reports were emerging from eyewitnesses on the ground as well as from police, and therefore it was only natural for journalists to report all the details as they emerged”, the Indian editors’ outfit said in its statement.

The Editors Guild of India condemns the intimidating manner in which UP and MP police have registered FIRs against senior journalists, for reporting on farmers’ protests in Delhi on Jan 26. EGI finds these FIRs as an attempt to intimidate, harass, and stifle free media. pic.twitter.com/Mf3albnYvs