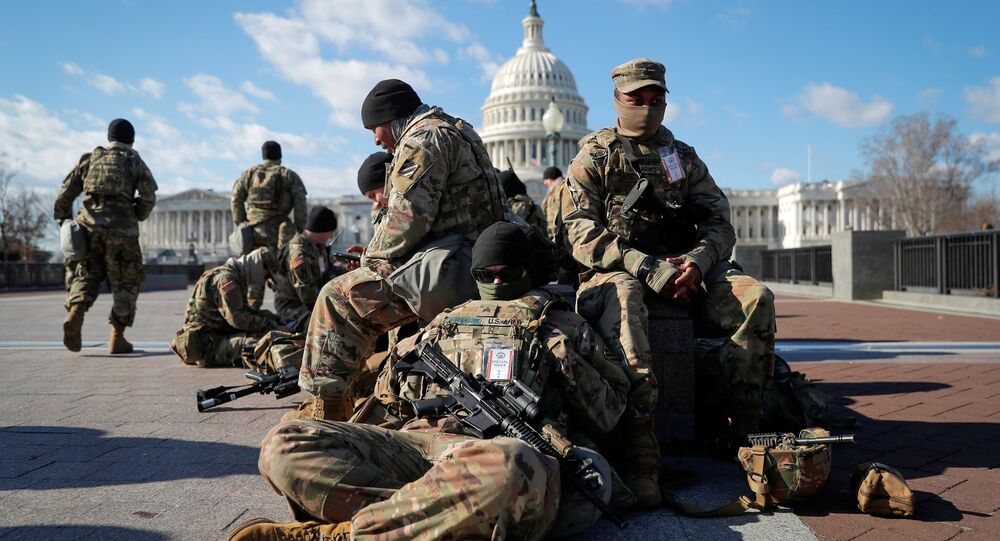 The National Guard was deployed in the Washington DC after Trump supporters stormed the Congress building on 6 January, resulting in five deaths, in an attempt to prevent the certification of the 2020 election results. The National Guard were tasked with ensuring security and safety during the Biden inauguration ceremony.

A group of 11 Republican House lawmakers have requested a briefing with acting Defence Secretary John Whitley seeking an explanation as to why members of the National Guard will remain deployed in the Washington DC area through the middle of March.

In a letter to the acting chief of the military, the GOP lawmakers pointed out that National Guard is an irregular force, with members called on duty on short notice and leaving their families and jobs for an indefinite period to serve the country. The Republicans said that the National Guard has been called upon numerous times during an uneasy 2020, and are now stationed in Washington DC but without a clearly-articulated reason.

“The National Guard should be used as an option of absolute last resort. We are seeking clarification and justification on behalf of the National Guard men and women that have kept us safe over the past month and year”, the letter said.

The authors of the letter to the acting defence chief are seeking to garner an explanation as to why some 5,000 troops are scheduled to stay for at least 6 more weeks in the US capital, and what will they be doing during the deployment.