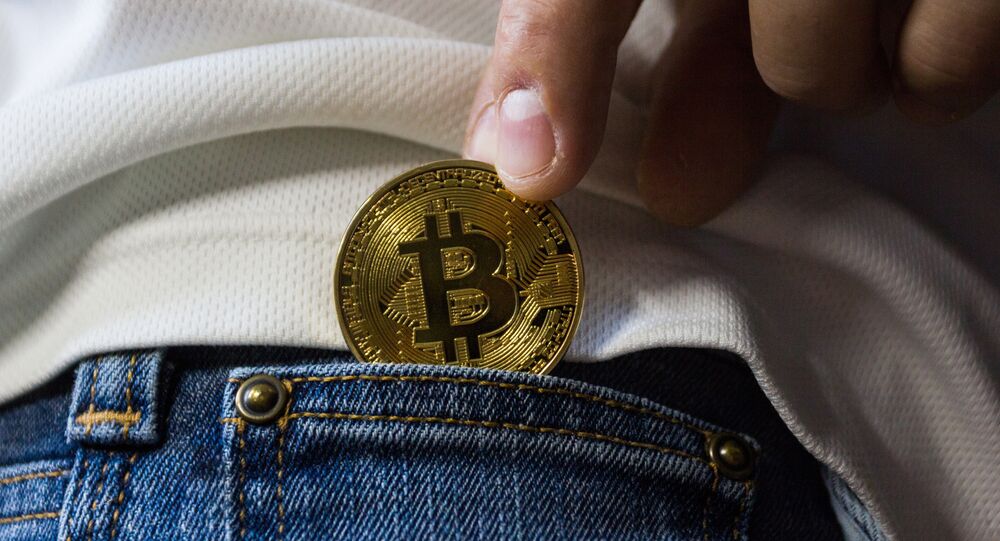 Competition for investment is in full swing, as gold and crypto, two rivals proposed as hedges during times of crisis, have taken the coronavirus-hit market by storm. Bitcoin has risen roughly ten-fold in one year, making it a no-brainer for many.

Bitcoin’s price may hit $50,000 in the long-term, as the coin is set to take on gold in a competition for supremacy and greater investment, according to the cryptocurrency exchange Luno and the brokerage OSL, cited by Bloomberg.

As Vijay Ayyar, head of the Asia-Pacific with crypto exchange Luno in Singapore, put it, “we’re talking about Bitcoin over the next three, five, 10 years slowly inching away at gold’s market capitalization”. The two have traditionally been viewed as “safe haven” assets: ones that are not issued by a central bank and are therefore effectively sheltered from macroeconomic storms.

The flagship digital currency, invented in 2008 by an unidentified person or group known by the pseudonym Satoshi Nakamoto, has drawn global attention as it rallied from $4,000 a unit to over $40,000 in less than a year, peaking at almost $42,000 in early January. Despite its subsequent fall by about $10,000, or 20%, the rally remains spectacular, with experts pointing to rising interest from long-term institutional investors, and others mentioning speculative retail.

While Bitcoin, which as of Tuesday was trading at about $31,500, has been popular with retail investors for several years, what is new is “buying Bitcoin as a hedge to inflation and as digital gold”, said Matt Long, head of distribution and prime brokerage at digital-asset platform OSL in Hong Kong.

Long admitted that although predicting Bitcoin prices is a challenge, it’s likely to rise, longer term, as funds and family offices tend to increasingly assign parts (from 0.5% or 1%) of their portfolios to the digital asset.

Other analysts now regard Bitcoin as a genuine competitor of gold, including J.P. Morgan, which this week said that the cryptocurrency could win over gold, and rise to a price of over $146,000.

Will the ‘Bubble’ Burst?

In light of recent price corrections for the cryptocurrency, debate has moved to whether a further rally may lead to the “bubble” bursting.

Chances are, however, that the scenario of 2017, when the nascent currency swelled into a real bubble, will not repeat.

“Is this just a bigger bubble, barreling towards a louder pop? Predictions are always hard, but the current situation is different from 2017”, Wired reported earlier this month, saying that unlike that year’s “manias” of “unrealistic promises of endless revenues”, the 2020-2021 rally has a much more “muted” tone. Even at $41,000 per item, note industry insiders, Bitcoin is proceeding in a much less chaotic and more institutional format, attracting regulation at national levels.

“There’s a lot less heard-about-it-for-the-first-time mass retail rush to kind of be the first on the edge of something,” says Lex Sokolin, global fintech co-head of blockchain company Consensys.

America Should Brace for Debtpocalypse in August Unless Congress Acts, Treasury Chief Says