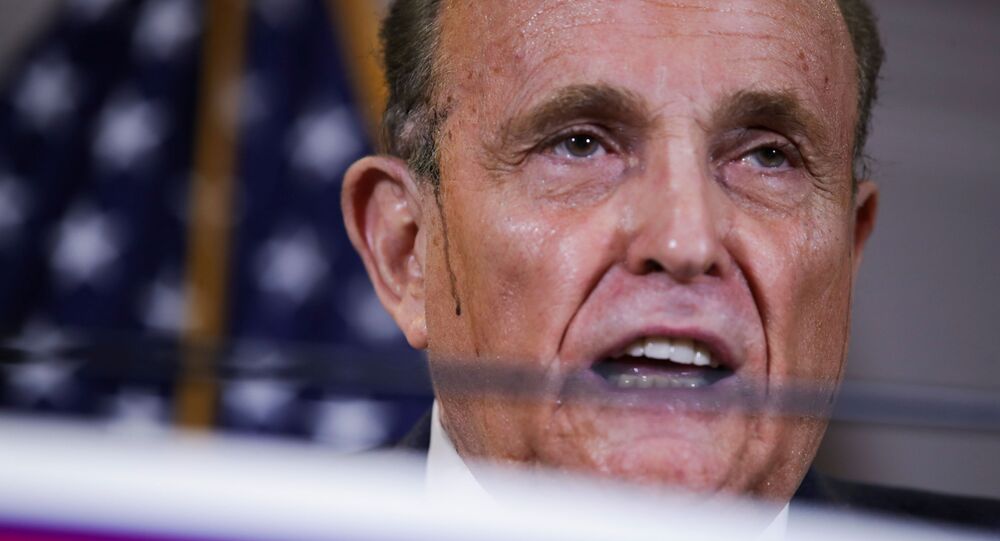 “Giuliani launched a viral disinformation campaign about Dominion that reached millions of people and caused enormous harm to Dominion,” the company said in a complaint filed with the US District Court for the District of Columbia.

The company is seeking compensatory damages of not less than $651,735,000 and punitive damages for the same amount, as well as any other relief that the Court deems appropriate, according to the court document.

The 107-page complaint details how Giuliani used his Twitter account, radio and podcast shows to spread false claims that the company “fixed” the election to ensure President Joe Biden’s victory over Trump.

Dominion earlier filed a similar lawsuit against Republican lawyer Sidney Powell, requesting $1.3 billion in compensation for money the company has spent increasing security for its employees and doing damage control to its reputation, as well as loss of future business.

Good on Paper, Complicated in Reality: Is Biden on Track to Abolish Death Penalty in the US?