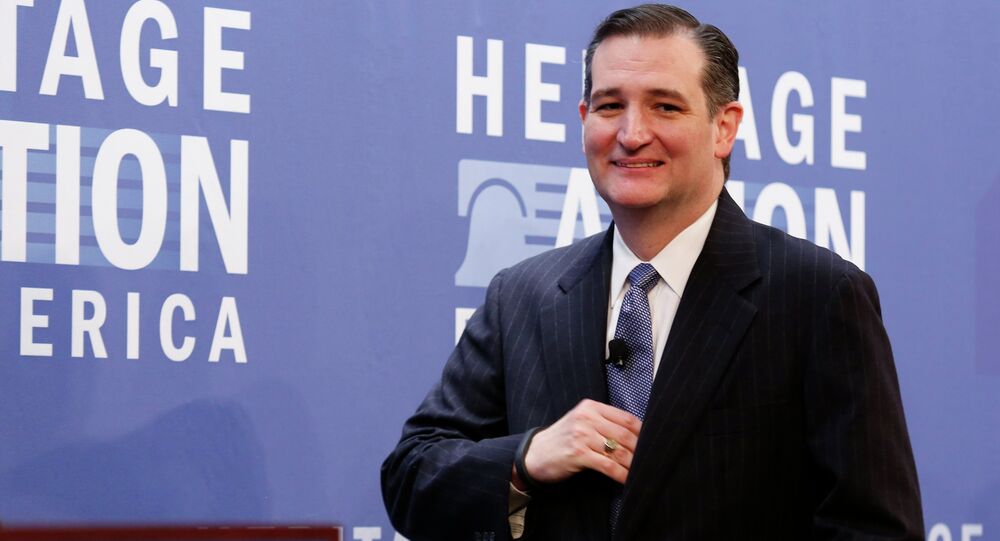 The argument began after the Republican posted a tweet in which he voiced his opposition to Joe Biden’s plan to return the United States to the Paris Climate Agreement, an international accord designed to reduce the risks of climate change. Cruz claims the agreement is detrimental to the lives of Americans, while Rogan is in favour of the accord.

Donald Trump is no longer president of the United States, but he still continues to make news even without saying or doing anything. One of his allies, Senator Ted Cruz has engaged in an online fight with actor Seth Rogen (star of “Freaks and Geeks”, “Pineapple Express”, and the voice of Pumba in the remake of the “Lion King”) over the Paris Climate Agreement. Cruz later posted a screenshot to his tweet, in which the actor told him to get lost in the most polite way.

Cruz captioned the screenshot of the actor’s tweet with the following statement:

“Charming, civil, educated response. If you’re a rich, angry Hollywood celebrity, today’s Dems are the party for you. If you’re blue-collar, if you’re a union member, if you work in energy or manufacturing…not so much”.

“Ted Cruz was born to military parents, went to Harvard, is a *lawyer* by trade, and lives in a multimillion dollar high rise in downtown Houston. What the actual f**k would you know about being blue collar lmao?”

Others took Seth Rogen to task for “spreading hate” and calling the senator a fascist.

Does anybody think a Hollywood star has even an inkling about what true fascism and authoritarianism is? Rogen resorting to hyperbole and histrionics to attract even more attention than he already gets is just sad, but also completely consistent Hollywood behavior.

I guess Seth missed the memo that America is trying to unite and heal. He is still wanting hatred and separation. Typical mentality of the left.

​Seth Rogen later posted two tweets reminding Cruz that he is in four unions and made fun of the senator’s support for Donald Trump, who spoke negatively about Cruz’s father and wife.

“If you’re a white supremacist fascist who doesn’t find it offensive when someone calls your wife ugly, Ted Cruz is the exact motherf**ker for you”, the actor wrote.

During the 2016 presidential campaign, Trump suggested that Cruz’s father was involved in the assassination of President John F. Kennedy. Trump brought up the issue after the National Enquirer published a photo reportedly showing Cruz’s father, Rafael Cruz, standing near Lee Harvey Oswald, the man who shot Kennedy.

Trump also brought up the appearance of Cruz’s wife. The ex-president shared a meme showing side-by-side images of his wife and Heidi Cruz. “No need to spill the beans the images are worth a thousand words”, read the caption implying that Cruz’s wife was unattractive. Despite the numerous insults Trump and Cruz hurled at each other, the Texas senator continued to support the president throughout his term.

‘Insult to Our Country’: Trump Says Kamala Harris ‘Could Never’ Be US President