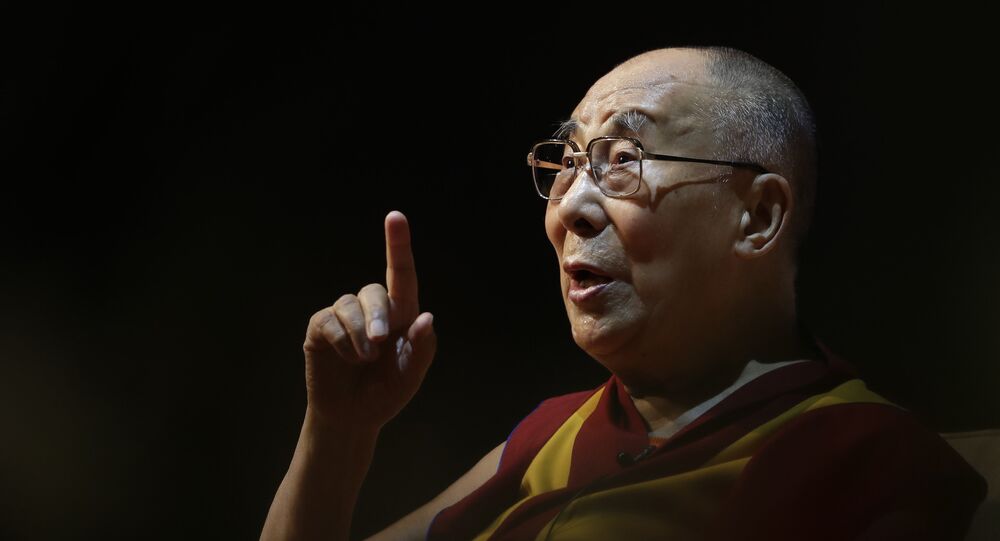 New US President Joe Biden’s decision to rejoin the Paris Climate Accord comes months after Donald Trump formally pulled Washington out of the global climate change effort, on the back of constant complaints that the 2015 deal short-changed the US and gave a free pass to countries like India and China, who he called the world’s “biggest polluters”.

The Tibetan spiritual leader, the Dalai Lama, on Thursday applauded newly sworn-in President of the United States Joe Biden for rejoining the Paris Climate Accord, which was one of the first decisions by the incoming US administration after it assumed office on Wednesday.

“I am so pleased that you are elevating the issue of climate change to your highest priority and that the United States is rejoining the Paris Climate Accord. Global warming is an urgent threat to the whole world and to the survival of our species”, the India-based Tibetan Buddhism spiritual leader said in a congratulatory letter to Biden.

The Dalai Lama, who has been living in political exile in India since 1959, also expressed confidence in Biden’s leadership to contribute to shaping a “more peaceful world” for those suffering from hunger, disease, and violence.

In his letter to Biden, the Dalai Lama further expressed “gratitude” to Biden for his “longstanding” support for the Tibetan people.

“It has been our good fortune to have enjoyed the friendship and encouragement of the American people and their leaders in our endeavour to protect and preserve our ancient Buddhist culture, a culture of peace, non-violence, and compassion”, the Dalai Lama stated.

In one of Trump’s final policy decisions, the former US president signed into law the Tibetan Policy and Support Act, 2020, which calls for sanctions on Chinese officials who interfere in choosing the successor to the current Dalai Lama.

The Tibetan Policy and Support Act also proposes the creation of a new US consulate in Lhasa, the capital of China’s Tibet Autonomous Region (TAR). In sanctioning the new Tibet Act, former President Trump replaced the George W Bush-era Tibetan Policy Act 2002, a relatively mild law compared to the new US legislation.

Beijing reacted strongly to the new US law, reiterating its position that choosing the Dalai Lama’s successor remained an “internal matter”.

Tony Blinken, Biden’s pick for secretary of state, told the US Senate during his confirmation hearing on Tuesday that Trump was “right” to take a “tougher approach to China”.

“President Trump was right in taking a tougher approach to China. I disagree very much with the way that he went about it in a number of areas, but the basic principle was the right one, and I think that’s actually helpful to our foreign policy”, Blinken told US senators.

PM Modi, One of the Most Followed Politicians in the World, Crosses 70 Million Twitter Followers

Indian States Say It’s Unlikely Adults Will be Vaccinated From 1 May, Despite Government’s Promises